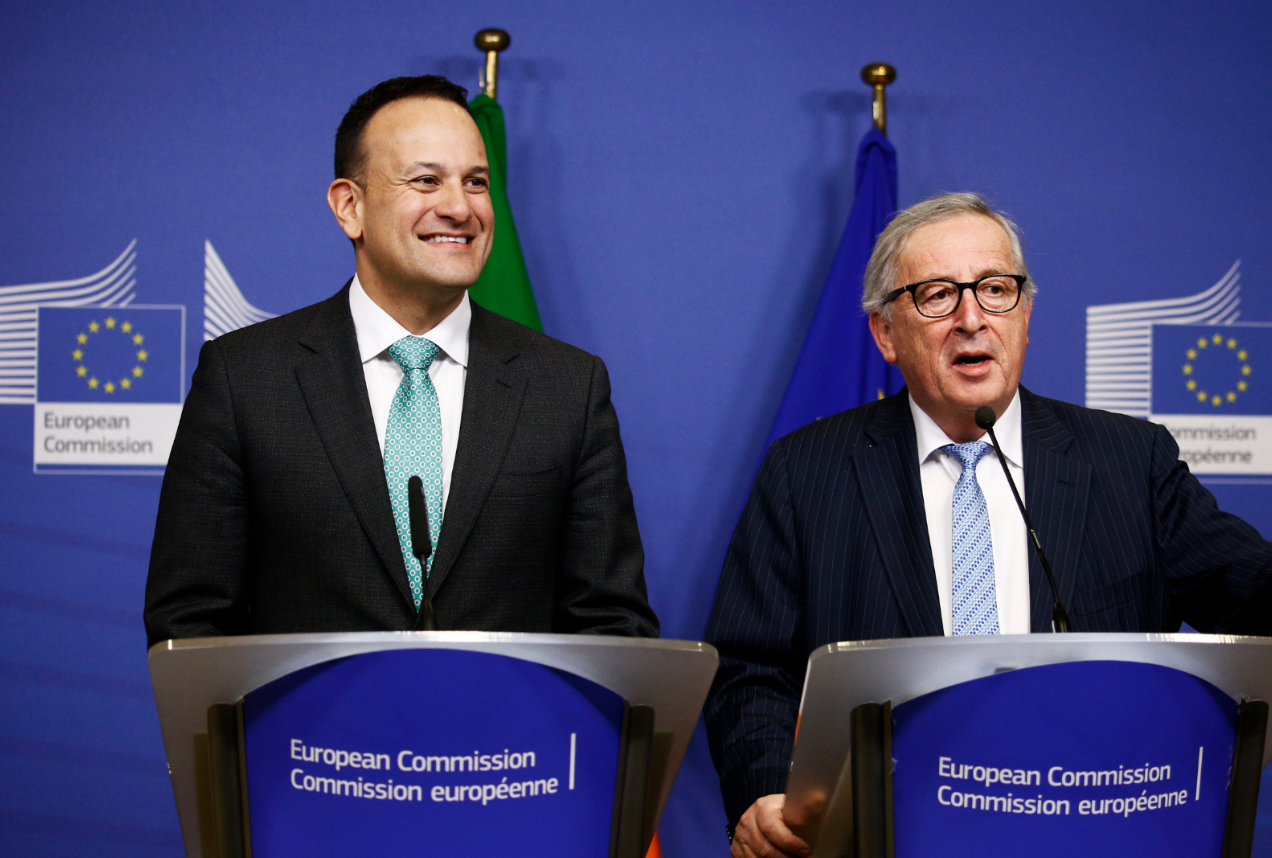 In the 1964 comedy classic ‘Carry On Cleo’, Caesar, as played by Kenneth Williams, famously laments: “Infamy! Infamy! They’ve all got it in for me!” The UK’s current leader, Prime Minister Theresa May, could be forgiven for feeling the same way as she finds herself getting battered from all sides.

Meanwhile, across the Irish Sea, another prime minister, Ireland’s Leo Varadkar, is enjoying a far better Brexit, politically at least. While the political chaos and fragility in the UK captures all the headlines, we should not overlook the Irish political situation. Leo Varadkar, like Theresa May, leads a minority government propped up by a confidence and supply agreement (in Ireland’s case, Varadkar’s Fine Gael party made a deal with its traditional foe, Fianna Fail). This fragile coalition, formed after the last election in February 2016, has lasted longer than many predicted, perhaps because of Brexit rather than despite of it. Unlike his UK counterpart, the Irish prime minister’s handling of Brexit is very popular at home: 60% believe he has negotiated well, and 84% would rather cut ties with the UK than the European Union (EU).[1].

Among the many missteps the UK could be perceived to have made during its tortuous Brexit negotiations, perhaps two stand out:

More ‘meaningful votes’ are scheduled for this week in the UK. Another heavy defeat for the government looks likely, but, if recent form is any guide, Theresa May will ‘Carry On Regardless’.

EU unity will be severely tested once the ‘British problem’ is dealt with, as EU elections take place in May and several top jobs in European institutions are up for grabs before the end of 2019. There are also elections in Spain and in other EU nations later this year. For now, however, the focus remains on the UK. The lack of political leadership (from all sides) has seen the UK’s politicians pretend that the country just needed to have a national (or even intra-party) debate on what it wanted from Brexit, and once it agreed (which it still hasn’t), it would then be straightforward to deliver it.

Meanwhile, with the UK nearing the 29 March deadline set to deliver Brexit, and with all options seemingly now back on the table, which may fill readers with horror depending on their Brexit stance, it is perhaps more a case of ‘Carry On Screaming’.