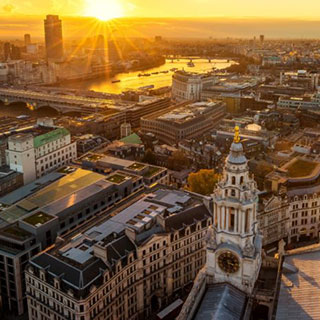 Market reaction to UK Chancellor of the Exchequer Jeremy Hunt’s Autumn Statement on 17 November was muted, primarily because a very good indication of what we could reasonably expect had already been leaked to the press. Our view is that it was broadly a rational, balanced response to circumstances that had worsened sharply following predecessor Kwasi Kwarteng’s late-September ‘mini budget’, and that while it eases some of the near-term pressure on the UK gilt market, gilts still face some headwinds.

Working with the Bank

It was encouraging that emphasis was put on how the government aims to work in tandem with the Bank of England in dealing with the issue of inflation. We believe a key issue with the mini budget was that, while the Bank of England was doing an unconvincing job of fighting ever-increasing inflationary pressures, the mini budget was focused purely on stimulating growth with no consideration for the likely inflationary consequences of such an approach.

The UK growth outlook for 2023 is weak, with the Bank of England expecting a 1.5% fall in GDP over the calendar year and the Office for Budget Responsibility (OBR) predicting a 1.4% drop, while some indicators are suggesting that the UK may already be in a recessionary environment.

The spending cuts announced in the chancellor’s Autumn Statement should act as a further drag on these growth prospects, which we believe should take the momentum out of both inflationary pressures and inflationary expectations. We anticipate that this backdrop should shorten the period of inflationary pain, meaning that interest rates should peak at a lower level than previously expected. Given this scenario, why do we still have some reservations about gilts?

Gilts may well look attractive when compared to some other assets at the moment, but UK inflation is still forecast to remain high (the OBR forecast is for a rate of 7.4% next year), and therefore sizeable negative real yields are likely to remain. Moreover, gilt issuance for 2023 and beyond is expected to remain high, and exceptionally so for 2023. The expected gilt issuance for the remainder of 2022 is lower than the Debt Management Office’s (DMO) September expectations, but the total funding requirements for the next fiscal year stand at £305.1bn, which equates to around 11.8% of GDP. This predicament quickly starts to worsen the debt/GDP measures of the UK for the next few years.

Our view is that the back-loading of the spending cuts announced last week is thus likely to mean that growth generation is problematic during a programme of government austerity, and therefore that the GDP element of the debt/GDP equation won’t be able to do any heavy lifting to improve those measures.

From a domestic point of view, there may be some ‘flight-to-quality’ characteristics of gilt ownership for holders that require sterling-denominated assets, as the growth outlook looks anaemic. This may provide some support for gilts. However, with recent developments, political volatility and worsening debt measures, some participants may remain sceptical about the ‘quality’ aspect of UK government debt.

To our minds, a larger headwind for the gilt market lies in the fact that there are alternatives. According to the Q1 2022 quarterly report from the DMO, overseas holdings made up 29% of the gilt market – a significant proportion. However, on many of the key measures that investors are looking at to make their investment decisions, such as real yields, nominal yields, debt ratios, debt trajectory and volatility, there are currently similar or higher-rated alternatives which are more attractive against these criteria. Thus, on a near to mid-term view, we believe it prudent for global bond investors to remain underweight gilts and UK government duration.