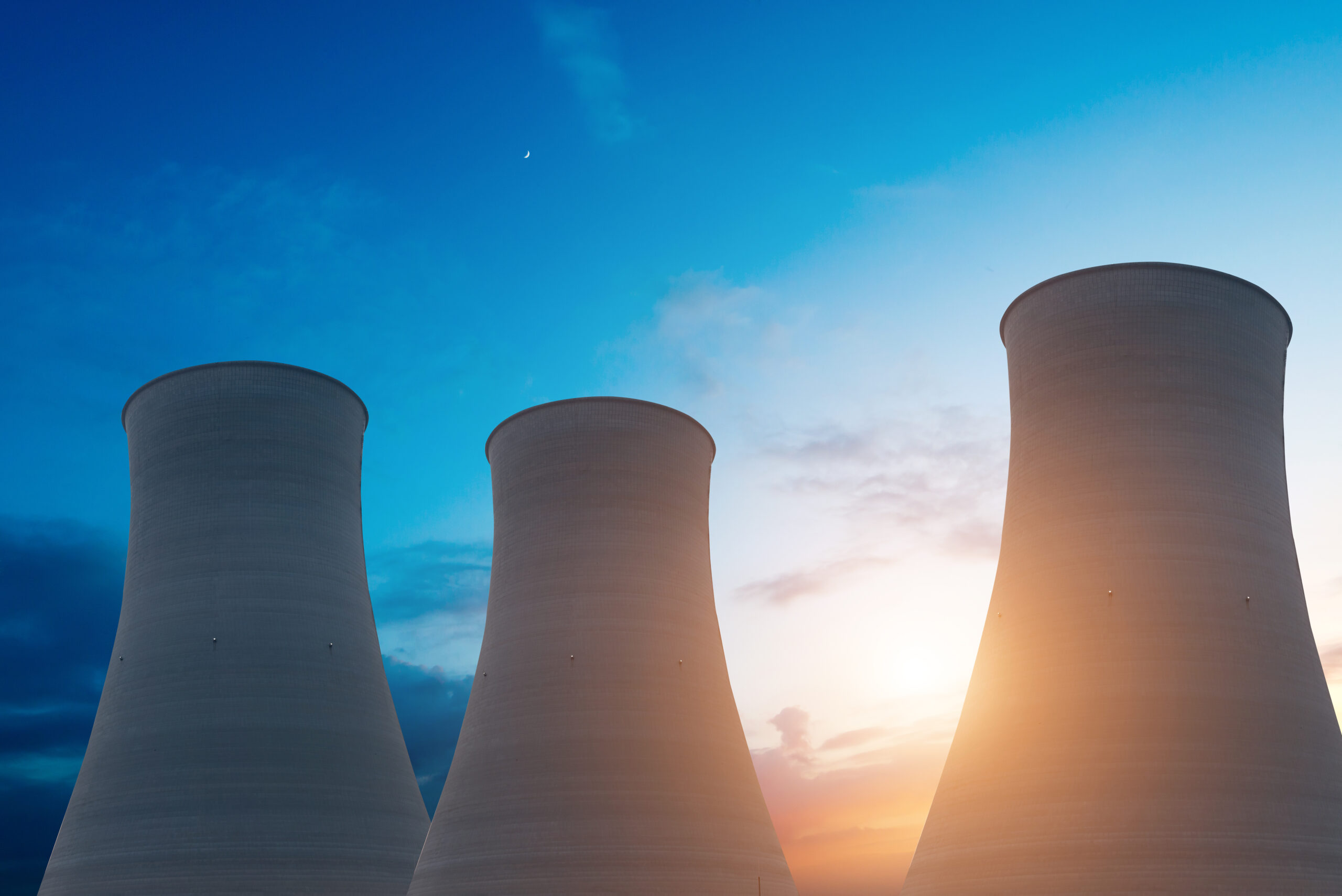 Nuclear energy generation in the US is at a crossroads as the country grapples between a decade-old desire to denuclearise and the recent US government approval of a newer, safer and simpler approach to nuclear power. The global commitment to net-zero carbon emissions by 2050 is ambitious and requires a dialogue on how the latest nuclear innovative technology could help meet this goal. The number of existing retired power plants can evoke memories of Chernobyl, Three Mile Island and Fukushima, tragedies from the not-so-distant past. Nevertheless, could it be time to shift our perspective on nuclear power, framing it as a potential piece of the solution rather than a disaster waiting to happen?

Reaching net-zero emissions by this mid-century would place an obvious emphasis on wind and solar power, which are only intermittently reliable. These pre-existing obstacles to consistent renewable energy have been joined by a more ominous and immediate catalyst — the unrest in Ukraine following the Russian invasion, which has illuminated Western Europe’s heavy dependence on Russian natural gas. This confluence of factors piques our interest and suggests that we could be on the cusp of what many are hailing as the nuclear renaissance.

We turned to a luminary in the nuclear firmament, former chairman of the United States Nuclear Regulatory Commission (NRC) Stephen Burns, for his take on the latest nuclear technology and how it aligns with the current regulatory backdrop.

What you’ve seen emerge in the last decade is this interest in smaller modular reactors and advanced technologies. The interesting thing about advanced technologies is, to some extent, forerunners of some of those technologies were actually being developed in the 1960s. But, the light water reactor is the one that really took precedence.

Today’s operating nuclear power plants are known as large fission reactors (generating 1,000 megawatts of power or more) and are typically the type of nuclear plants that can be taken offline owing to public security fears. However, research shows that small modular reactor (SMR) technology can be much safer than the large fission predecessor and largely represents the future of nuclear power over the next decade.

The geographic footprint of SMR technology is a main advantage given its slighter scale, making the smaller reactors potentially easier to house than traditional nuclear technology. In some cases, it may be possible to repurpose existing facilities, converting existing large reactor properties and non-renewable power sites to accommodate SMR technology.

Owing to the technology’s flexibility and efficacy, small modular reactors pair well with other forms of power generation, including renewable energy. For example, a small modular reactor can be placed in proximity to a wind or solar field to act as an energy generator supplement, bolstering these intermittently reliable energy sources.

There are places, for example in France, where for many years they have done what they call load following. I think that’s not been as much of a practice in the United States, but the idea is that you adjust, basically the output, to account for what may otherwise be on the grid. If you’ve got extraordinarily sunny days, you may be relying on that solar piece and not need as much of the nuclear.

Burns points to Canada for another potential application for SMRs. In Canada, he explains, there is enthusiasm surrounding the potential of small reactors to provide locally generated power to remote, less densely populated areas, eliminating their reliance on hundreds of miles of powerlines for electricity.

As we consider the potential energy generation solutions offered by SMRs, we must not ignore the compelling regulatory debate surrounding siting, emergency preparedness and security. Developers of SMRs tout the smaller size of the reactor pot and lesser fuel requirements as significant advantages for safety, as these may reduce potential accidents when compared to existing large reactors. Regulators are also weighing whether smaller-footprint nuclear sites would need such expansive safety perimeters around them, which has long been a key obstacle to growing new nuclear capacity.

One of the things the NRC is doing is looking into its emergency planning rules, which now require a 10-mile emergency planning zone. The idea is that, given the source term, in terms of the worst-case accident, a small modular reactor is much less than a large reactor, so you don’t need that kind of footprint. And that’s one of the things that’s an ongoing debate in terms of the NRC’s rule-making process.

Regulatory considerations like this are just one manifestation of the Nuclear Energy Innovation and Modernization Act (NEIMA), which was passed by US Congress in 2019 and requires the NRC to develop a risk-informed technology neutral framework.

The interesting thing, dynamic, I think we have going on now is we have the NRC both looking at and carrying out that requirement that Congress imposed with respect to developing this new regulatory framework. But it’s also in the midst of taking in applications, undertaking what’s called pre-application review with interested [small module reactor] companies, with respect to the facilities that fall in the small modular category or the advanced reactor category, so that they can go ahead and license.

Though the regulatory environment is changing — simultaneously moving forward while working within the parameters of the existing framework established for large reactors — there is seemingly a path forward for firms looking to establish themselves as SMR pioneers. However, the momentum and optimism surrounding SMRs is tempered due to the existing public concern surrounding safety and security. The storage of nuclear waste is one key concern. While the amount of waste material generated by SMRs is relatively less than today’s large reactors, there is still a sense of uneasiness associated with the use of a deep geological repository, which international consensus deems the best method of waste disposal. The question remains, how do we reach a point of comfort with the consensus-based waste removal process?

Cybersecurity is also an important consideration with SMR technology, given that SMRs would be digital, which ostensibly requires a robust cybersecurity framework. In the case of pre-existing large reactor sites, an air gap prevents employees from bringing personal cell phones or computers into plants. Comparatively, the safety profile of small reactors could differ in key ways. Particularly, SMRs would have built-in, passive safety features and would rely on natural cooling systems, as opposed to human or electronic intervention, to shut down in the event of an emergency.

As opposed to, say, a typical large power plant now that has, for example, an emergency core cooling system, many of these newer facilities rely on more passive cooling or natural cooling…The big argument, made by SMR developers, is that we’ve learned some things and there is a greater and inherent safety aspect to these new facilities, as well as the imprint or the potential impact is much less.

Maintaining robust security while working to digitise manual and analogue components of pre-existing assets is key to allowing the legacy technology to be compatible with the new technology and is only one of the immediate challenges currently being deliberated by small reactor companies and regulators alike. While the path to wide-scale adoption of small modular reactors includes some sizeable obstacles, not least of which is gaining public trust and consensus, the nuclear renaissance is a theme that cannot be ignored. Hitting net-zero by 2050 is a steep goal, and the best chance at achieving it may necessitate the use of small modular reactors as part of a comprehensive mosaic of renewable energy sources.

Subscribe to “Double Take” on your podcast app of choice or view the A Nuclear Renaissance? episode page to listen in your browser. 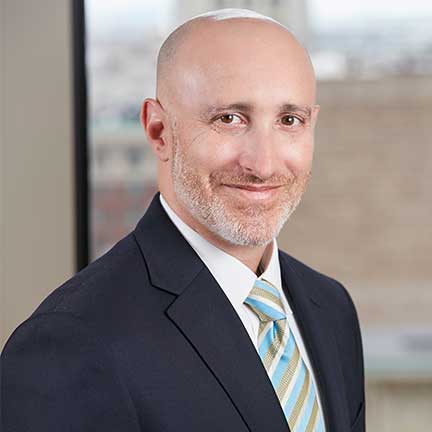 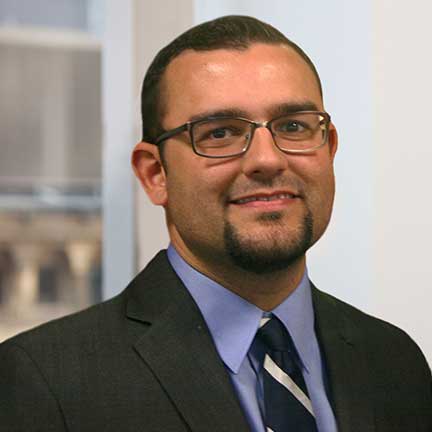 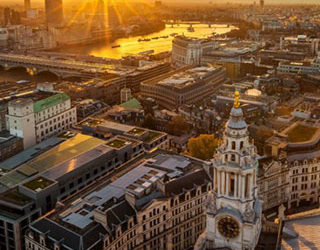