Global Bond Outlook: How Far Can the Rally Go? 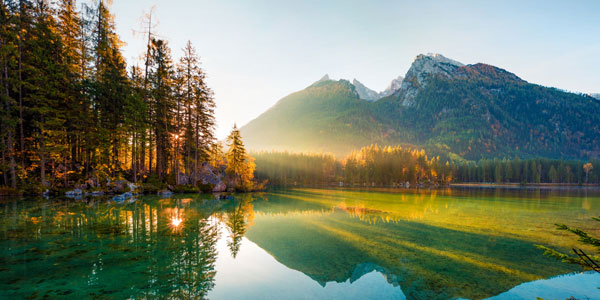 We analyze the prospects for bond markets in 2023.

Over the last few weeks of 2022, bond yields started to look more attractive compared to other, less liquid, asset classes. After the savage bear market for bonds that we saw earlier in the year, some markets appeared overdue for a rally, and we have seen that to some extent. The pertinent question now is how much further the rally could go.

Recipe for a Sustained Rally?

The macro backdrop remains one in which central banks are still raising rates, inflation is proving stickier than many anticipated (and is still a lot higher than bond yields), and labor markets remain tight. Markets anticipate the future (not always correctly) and, currently, they appear to be pricing in a scenario for the first half of 2023 in which many economies will be in recession, central banks will have stopped raising rates, and inflation will be considerably lower. For us, the ingredients required for a more sustained rally could be in place, but as is often the case, the ‘recipe’ can become overcooked.

After the significant dip that we have seen in bond yields, there is currently an opportunity for bond investors to make money from higher yields. We may see spread compression and declining inflation expectations in the next few months, which could lead to a rapid turnaround in bond yields, such as we saw after the telecoms bubble in 2002, the global financial crisis in 2008, the taper tantrum in 2015 and the Covid pandemic in 2021, where the opportunities to make money in bonds swiftly became more widespread.

For the outlook to be more favorable for bonds, markets must anticipate an economic slowdown which negates the need to keep raising rates, while bringing down inflation. We believe this is now on the horizon. This has led us to increase exposure to ‘safe-haven’ government bonds and (more gradually) to investment-grade bonds, as they tend to fare better in the initial phase of anticipating economic slowdown, rather than during periods of high inflation. Later, we may look to move into local-currency emerging-market bonds and, finally, high-yield bonds.

Our strategic view is that inflation will average out above 3% over the next couple of years, which would make owning government bonds yielding below 3% difficult. The surge in bond markets witnessed in early December was widely believed to be a ‘goldilocks’ rally. This take was based on the premise of a soft US economic landing, which would allow the US Federal Reserve (Fed) to lower its terminal rate and then start to cut rates.

Our view is that this scenario may be too optimistic, and any concerns that coming recessions may be deeper than expected could undermine the riskier parts of bond markets. This, in turn, could drive government bond yields even lower. So, while we believe the rally in government bonds has further to go and could gain added impetus if a soft landing is not achieved, we do not believe it will be a straight-line rally and suspect that central banks may occasionally step in to pour cold water on it.

Credit spreads should move wider as the economic momentum declines and fears of defaults rise. We would expect emerging-market hard-currency bonds to stabilize after some strong performance while our view on local-currency bonds is mixed.

Within high-yield corporate bonds, we expect default rates to remain low, initially, owing to a very well staggered debt maturity schedule and solid corporate balance sheets. However, we see this outlook as increasingly offset by the rising volatility/liquidity premium in credit markets.

The European Central Bank (ECB) has been slow to raise rates but is catching up fast. A temporary halt to that pattern is likely to come from any significant impact from colder weather and prevailing higher energy prices. If factories are forced to shut down there will be a fall in industrial production and, subsequently, labor demand. The ECB is in a tough position, given that it will not be able to raise rates quickly if the economy is declining, and it seems that it may be raising rates when inflation is already past its peak.

The UK government has introduced several stealth taxes to raise fiscal revenue. It might be in comparatively better fiscal shape than much of Europe, but the UK also has no access to funding from the European Union’s Covid Recovery Fund which is being tapped by countries like Portugal, Italy and Spain to help support their recovery from the pandemic, with the burden shared across comparatively stronger European economies such as Germany, France, Belgium and the Netherlands. The Bank of England may need to work harder to convince the market that it will raise rates sufficiently. Now that inflation appears to be rolling over, it may not do so, and this may lead to concerns over sterling weakness.

In the US we can see abrupt weakness in terms of various business and manufacturing indicators, with the business confidence purchasing managers’ index signaling a growth recession. We do not anticipate a straight-line fall in US inflation down towards 2% as different components of inflation are moving at different speeds. Rents, for example, are still trending upwards: even though the pace of upwards growth has slowed, they have yet to roll over, and may not start to fall for a little while longer.

While there are a few forward-looking indicators suggesting the US economy is slowing down, the one the Fed is focused on most is employment numbers, which are still distorted by increased numbers of early retirees and more long-term illnesses relating to Covid. It may take a while for the stock of jobseekers to rise.

The opening up of China after lockdowns and restructuring of its housing market could be viewed as a positive for markets but, conversely, China does not appear to be rushing to ‘open up’. We anticipate more of a domestic recovery story this time, in contrast to the one seen over the last few years where China’s greater production output and huge demand for commodities boosted markets.  We do not expect China to put up interest rates by much as prices are likely to trend broadly lower again as factories gradually reopen.

Finally, we have identified economies such as Australia, New Zealand, parts of Scandinavia and the UK which could all be vulnerable to housing-market shocks which would make interest-rate rises difficult to bear from a mortgage perspective.

The Journey to Net Zero in Fixed Income

2022: Reflections of a UK Equity Investor

The release of new generative platforms underscores the disruptive potential of artificial intelligence.

We investigate how investing in climate adaptation could help protect our planet’s future.