UK Lgps Blog Posts Looking through the pandemic: The shape of the recovery 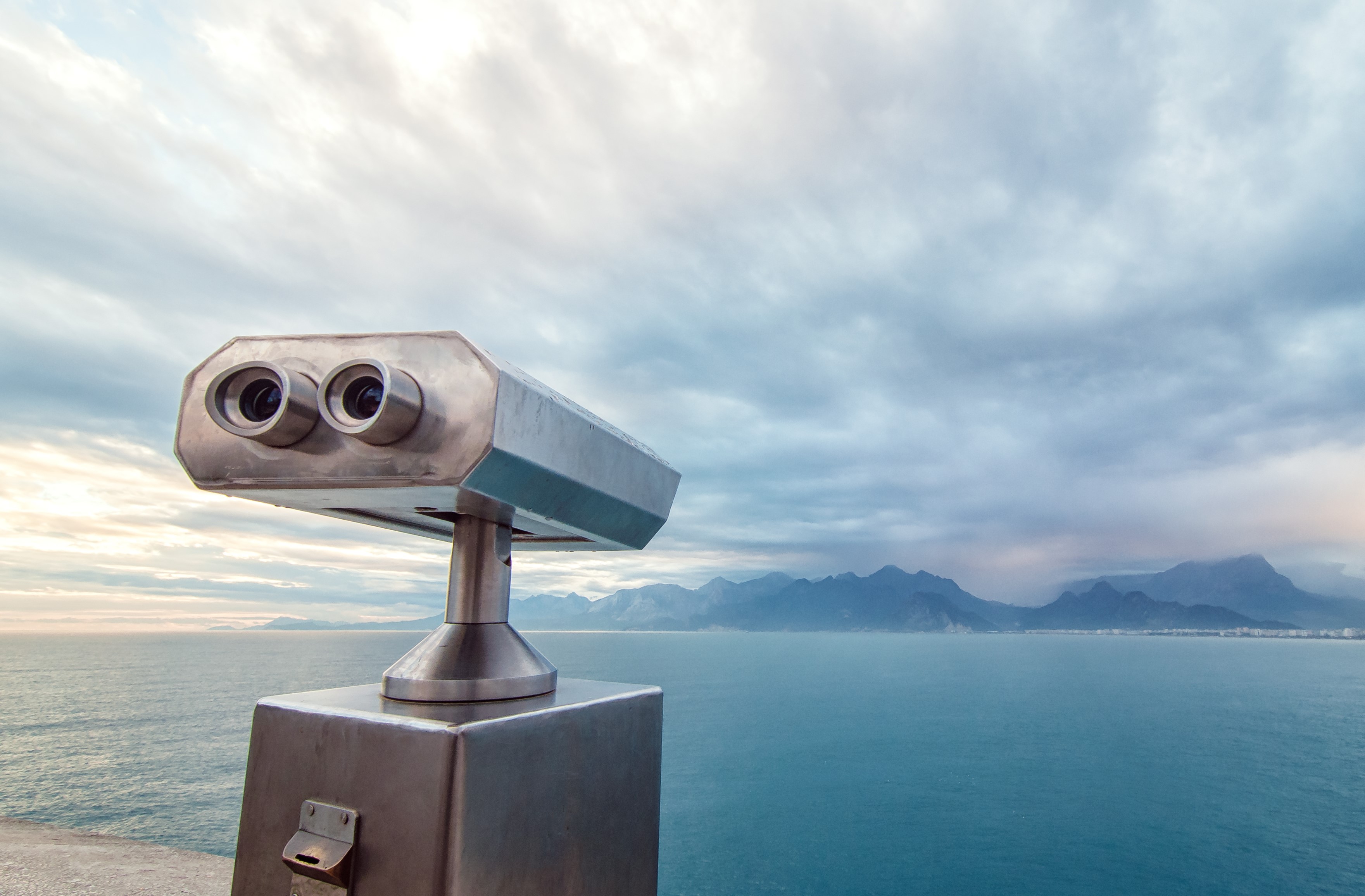 As we seek to look through the current crisis, we anticipate that as lockdowns are gradually unwound, there will be a significant economic recovery owing to the amount of pent-up demand that will be unleashed on areas that were previously closed off. However, we do not expect this bounce in activity to lead back to previous levels of economic activity for a number of reasons.

A lot of capital will have been destroyed as companies go bust and unemployment lingers; there will be a significant amount of debt created by all the fiscal response measures which will need to be paid back gradually. This will have the effect of depressing growth, and there remains a distinct possibility that the virus could linger for longer than many anticipate; this could mean a lack of herd immunity and a higher risk of repeat infections.

Even if the latter scenario does not play out so profoundly, we would still anticipate a very slow, gradual move back to normality, as social distancing measures remain stubbornly in place, while travel will remain curtailed and sporting events may take an even longer time to get back to normal.

The unprecedented events that we are continuing to witness create a number of consequences; some of these fall within the remit of long-term themes that we have discussed previously, such as state intervention and population dynamics, and are listed below:

In terms of the pandemic’s impact on deflation and inflation, clearly the shock of high unemployment and a collapse in global demand will have a deflationary effect. In addition to the economic shock, we will see lower leverage (financial instruments, companies and individuals), and also lower velocity of trade. If Irving Fisher’s MV=PT [1] equation holds, we are likely to see fewer transactions and lower velocity of money, and therefore lower prices. Meanwhile, inflation may be induced owing to a rebound in spending from the fiscal spending increase which may be slow to unwind, de-globalisation, and potential pockets of supply/worker shortages.

We believe that inflation would only stem from a ‘V’-shaped recovery, which seems unlikely, along with a ‘behind-the-curve’ unwinding of the recent extraordinary fiscal and monetary easing measures.

There is also the likelihood of higher fixed costs (taxes, employment/health-care costs, etc.), but we view this as a one-off rebasing rather than an inflationary spiral (in the same way that the big increase in VAT in the UK in 2010 had only a fleeting effect on inflation).

Eurozone: closer to a break-up or debt mutualisation?

As always, this is a political question and one that is difficult to answer with any certainty. In our opinion, the northern European countries are more likely to resist a jointly backed government bond-issuance programme, as they believe it could be perceived as rewarding ‘bad behaviour’ by less frugal European Union peers; they also have their own taxpayers to answer to. That said, the European Central Bank’s (ECB) current loose interpretation of the capital key limits allows it to take on significant amounts of Italian debt, and probably enough to cover debt issuance through to the end of the year. In addition, yield levels on new Italian government debt issuance are still close to historic lows, and spreads (the yield premium over German bunds) are not yet as wide as during last year’s election-induced volatility. For these reasons, we don’t see any near-term funding issues.

However, as the eurozone economy shrinks further and the banking sector struggles, voices advocating some kind of joint European ‘recovery fund’ are likely to grow louder. Yet we believe the northern Europeans would argue that, in such circumstances, Italy should be able to use the European Stability Mechanism (ESM).[2] In our view, the southern European countries would view such a move as coming with a high price, i.e. too many restrictions and conditions as to how they run their own economies.

Our best guess is that we may well see a recovery fund structure set up, but that it will be run in line with existing organisations such as the European Investment Bank (EIB), or even via the use of a joint budget structure. Using an existing setup could be viewed as a ‘face-saving’ exercise which could disguise the true cost, while also keeping it under control; this would make it easier to close it down once it is no longer needed.

Further ECB support has been questioned following the German constitutional court ruling this week calling on the central bank to justify its bond-buying programme. This raises the possibility that the ECB’s loose interpretation of the rules may not last beyond the year, and refocuses attention on the recovery fund idea.

We will also be keeping a close watch on the French economy and its growing debt issues. We anticipate that France may eventually require the benefits of a jointly funded issuance programme too. At that point, which is still some way off, there is the possibility that the other northern European nations may execute a break-up of the single currency, but we are not there yet.

How bad will this default cycle be, and will there a change in company behaviour?

What is different this time is that, as the US Federal Reserve (Fed) has reiterated, companies are not to blame for the current situation. Therefore, we believe there will be more measures put in place to help ‘buy time’ for struggling businesses. Ultimately, however, as with Covid-19 itself, this is more likely to have the effect of ‘flattening the curve’ (i.e. spreading any new measures out over a longer period, so that banks are not overwhelmed) rather than avoiding a very high level of defaults. To give some context, by the end of April, US unemployment had surged to a rate of 14.7% (from 4.4% in March), compared to a peak of around 10% during the 2008-9 global financial crisis.[3]

These jobs are unlikely simply to reappear within a few months – it took about four years to reduce the number of unemployed following the global financial crisis back to early 2008 levels. In our view, this must have an impact on consumer confidence and consumption levels. At the very least, until we have a vaccine or effective treatment to manage the pandemic, or indeed develop confidence that future pandemics can be better managed, certain ‘high-density’ activities are going to have to be less dense.

We have already seen, and continue to expect to see, behavioural changes on the part of companies and investors which will have a profound impact on bond and equity markets over the coming months. For an example of how company boards may react, the behaviour of the banking sector following the global financial crisis is worth scrutiny. Now, just as back then, balance-sheet strength is again becoming more important than shareholder value; we believe this aids the creation of a very bond-friendly environment.

The economic challenge faced by companies is immense and greater than at any time since World War II. Many firms have switched from maximising shareholder value through share buybacks and dividends, to focusing on keeping their businesses alive as they react to significant drops in cash flow. In our view, not all companies will be successful in doing so.

For investors, the collapse in dividend payouts could refocus their attention on bond income, which is contractual and therefore more stable. The economic uncertainty has raised the potential for bond downgrades and defaults, but has raised the yield available on a broad universe of corporate bonds, thereby improving the income stream in the future. Another element of behavioural change is the potential for companies and investors to have a higher level of savings in the future to combat the uncertainty as the virus takes time to dissipate.

Does the US dollar need to devalue to keep the rest of the world solvent?

During a crisis, there is always, initially, a shortage of the reserve currency (US dollars). The Fed usually floods the world with US dollars, and although this is never enough during the peak of a crisis, it is usually plenty once things begin to stabilise. There is a longer-term discussion to be had around whether the US dollar has lost some of its reserve-currency status through this crisis, and whether the Chinese are ready to step into the breach.

Other things to watch out for in a post-Covid-19 world include:

We see a possible drift towards a multi-polar reserve-currency system. The magnitude and time horizon for this is obviously highly uncertain, but we were already seeing a marginal shift in this direction with a number of central banks starting to allocate towards China’s currency and some (Russia and Kazakhstan, for example) already having made meaningful shifts away from the US dollar.

On the one hand, current market dislocation and the Fed’s response reinforce the US dollar’s status, and we don’t anticipate that the greenback will be usurped any time soon. However, the currency does face increasing headwinds; ‘deglobalisation’, inaction from the International Monetary Fund (IMF), capital-flow frictions, digitalisation of currencies, and political tensions all potentially point the other way over the longer term. Alongside the IMF’s inability to have a meaningful impact, one could potentially add that the politicisation of funding by the US administration, and attempts to politicise the IMF disbursements by the US, may also push institutions and governments to start looking beyond the US dollar for alternatives.

[1] US economist Irving Fisher produced the equation MV=PT, where M equals the stock of money; V equals velocity, or how fast money circulates in the economy; P equals the price level; and T equals the total volume of transactions.

[2] The European Stability Mechanism (ESM) is the European Union cross-border agency that provides financial assistance, in the form of loans, to eurozone countries, or as new capital to banks in difficulty.