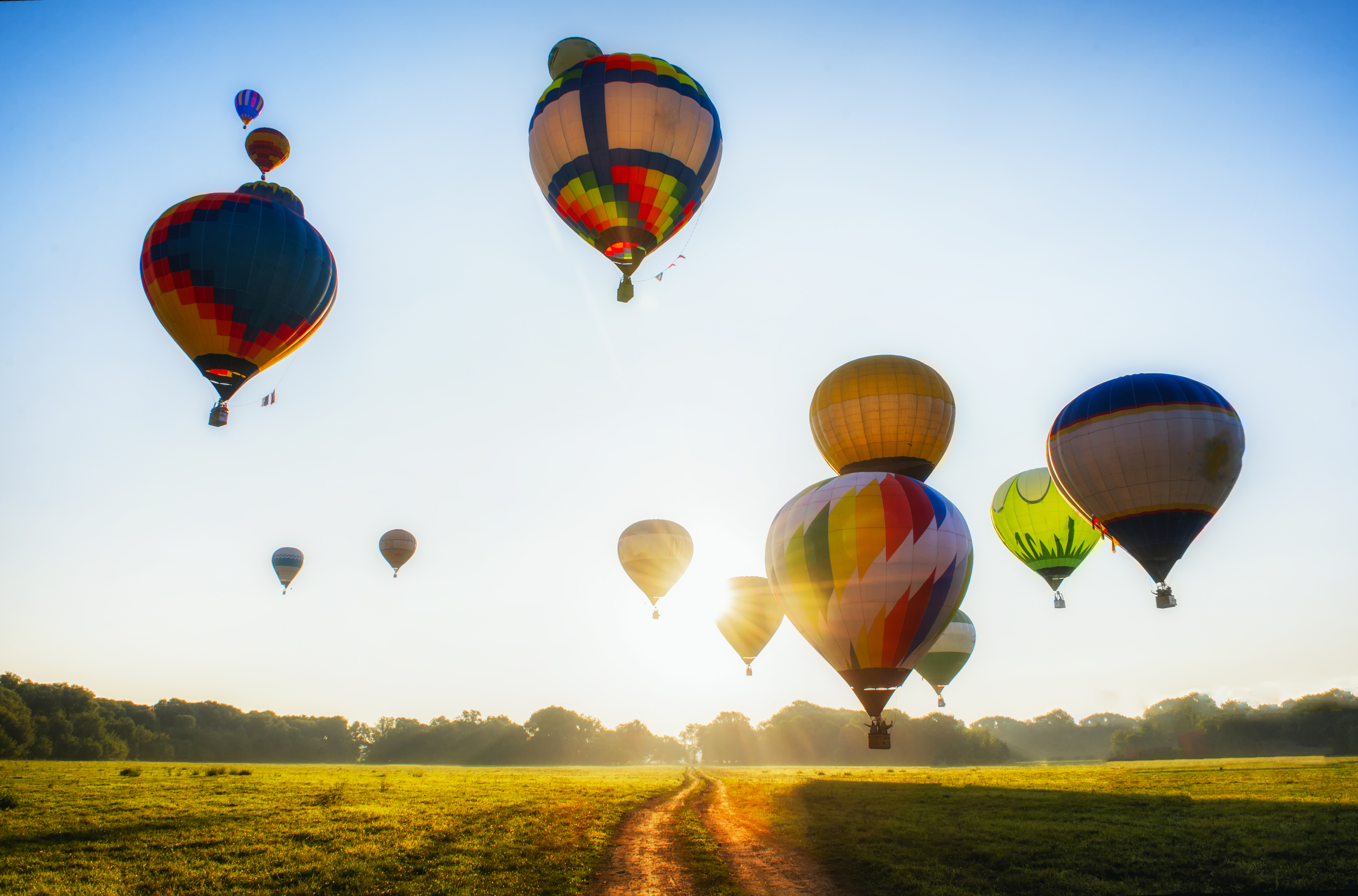 We would have been very surprised had the Bank of England’s Monetary Policy Committee (MPC) cut (or raised) interest rates last Thursday, or changed its bond-buying programme.

This is because economic activity has been more resilient than the MPC expected, and currency-induced inflation pressures have been greater. However, there may be some commentators who suggest that Governor Mark Carney has once again stepped back from seemingly clear commitments (as happened in 2014 when he indicated rate increases were likely by the end of the year, before reversing course). His apparent “will he, won’t he” vacillations around extending his tenure could add to the impression of inconsistency.

In this month’s press conference, Mr Carney stated that “We [(the Bank of England)] don’t have a bias in terms of direction of where the next move will be”.[1] This is a clear departure from August, when the majority of MPC members and many market observers were expecting further easing measures before year-end.

However, a fairer interpretation would be that the Governor is the spokesperson for a democratic committee (one member, one vote) and was simply representing the majority view in August, rather than just his own, and that not all moves had been unanimously agreed. Furthermore, the MPC had limited hard evidence on which to base its forecasts, but acted decisively at its August meeting to underpin the economy, and promised more would follow if necessary. These actions themselves may at least in part have contributed to the less gloomy economic outcome thus far, and the MPC is merely recalibrating its response to reflect current circumstances.

Inflation round the corner?

Forecasts in the Inflation Report show a higher inflation path than previously, and a protracted period of modestly above-target inflation, which the MPC is prepared to look through on the assumption it is a one-off currency effect. However, the minutes also stress “there are limits to the extent to which above-target inflation can be tolerated”.[2] The forecasts also revise up near-term growth expectations. The table below, from page 36 of the Inflation Report, shows revised projections, with August forecasts in brackets: 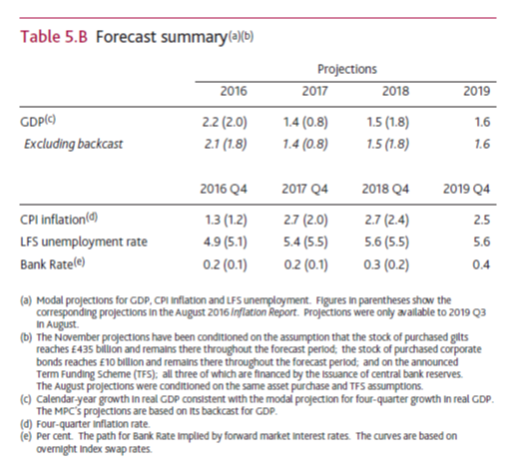 Given these developments, it is not unreasonable to adjust interest-rate expectations to a more neutral stance. While not unexpected by us, the minutes were viewed as slightly hawkish by market participants as a whole, having been followed by stronger sterling and weaker gilt prices, but we would ascribe most of the market movements to the High Court decision that triggering Article 50 required parliamentary approval.

Whereas the market in August was implying an almost 40% probability of a further cut in interest rates by December, this has now fallen to 5%; indeed, the implied probability of a cut by March is still only 5%, while there is also a (smaller) market-implied chance of the next move in rates being up. If anything, we suspect the market has moved too far in discounting the chances of further easing in Q1 2017, as a lot could change between now and then.