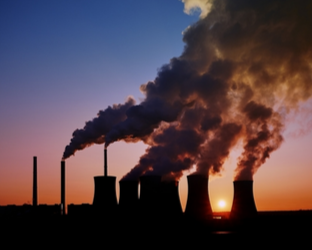 Governments across the globe are announcing an ever-increasing raft of commitments to tackling climate change,but there remains a gap between what is being pledged and its implementation.

We believe that the level of uncertainty surrounding implementation is creating volatility in markets owing to a clash between short, medium and long-term interests. While it is probably fair to say that asset owners and managers have not been helped by generally weak government regulation on limiting carbon emissions so far, there are a number of initiatives available to asset owners and managers to help them play their part in the transition to a low-carbon economy.

Under most current scientific projections around climate change, it is anticipated that global carbon emissions will peak around 2030, at a level that is around 16% higher than it is today, as the growth of emerging markets outstrips the reductions in emissions made by developed markets. This path is at odds with what most scientists agree is needed if we are to limit the worst effects of rising global temperatures.

On a historical and cumulative basis, we are well aware that the modernisation of the western world has caused the majority of emissions, but from a forward-looking perspective, the population and wealth growth in emerging markets, and in India and China in particular, is where much of the future concern lies over efforts to limit and reduce emissions.

As wealth increases, people buy increasing amounts of energy-hungry items – from fridges to cars. While some of the energy required to support those goods will come increasingly from renewables, we expect that the bulk will continue to be derived from fossil fuels, at least over the next 10-20 years. Thus, while the burden of historic emissions lies with the developed world, balancing the improvement of living standards in countries in Asia and Africa with a reduction in carbon emissions presents a significant challenge over the next two to three decades.

In terms of government targets around limiting emissions, there are wide discrepancies between the scope of targets across the world and the cost involved in executing the energy transition, making it difficult to determine how net-zero targets will ultimately be met. We think it is helpful to draw out some of the milestones for hitting net zero in a more tangible way.

The International Energy Agency (IEA) recently released a ‘net zero scenario’ which sets out some of the necessary (and quite radical) conditions it believes will be necessary to achieve net zero in the most cost-effective way. It is important to highlight that this is a scenario, rather than a forecast, but we still view it as a useful reference point for assessing progress. Several key points stand out:

The present-day reality is somewhat different: EVs currently represent around 9% of new car sales and clean energy supplies around 35% of the grid globally, but these are at least areas where progress is being made. In the raw materials sector, we hear companies talk of approximately 30 years being the minimum timescale required to move to low-carbon steel making, and we are aware that many of the technologies required to produce effective, affordable and scalable solutions in areas such as cement, shipping, long-distance aviation and trucking don’t yet exist.

So, while it is feasible to bring the IEA’s ambitious goals forward, this will not happen without a better regulatory framework. On its own, a purely market-based transition could take much longer under collective government goals currently in existence.

High cost of the transition

The transition to a low-carbon energy scenario also requires significant investment. The world currently spends around $2 trillion per year on its energy system, and economists estimate that it will require around $4 trillion of annual investment to achieve net zero, significantly more than current levels of investment. When weighed against annual GDP, the cost for the US alone has been estimated at around $1.6 trillion. The US is currently spending around $200bn per annum: six years after signing the Paris Agreement, this is a problem, considering the US produces the highest carbon emissions per capita.

This scenario is also adding to current inflationary headwinds: over the last five years we have seen reduced investment in fossil fuels, while commensurate reinvestment in low-carbon substitutes has not occurred (at a time when the volume of fossil-fuel operations has continued to grow).

The role of the active investor

As a result of generally weak regulation around the necessary investment in this area and the systemic nature of the problem, we are seeing many stakeholders in society over-reaching to compensate. Asset owners are asking for investment strategies which integrate solutions to tackle climate change, courts are becoming increasingly involved in company strategies, and shareholders are submitting carbon-reduction resolutions. Meanwhile, consumers are increasingly demanding greener investment products.

At Newton, we are trying to play our part. We have joined the Net Zero Asset Managers initiative, and have aligned ourselves with an independent methodology produced by the Science Based Targets initiative (SBTi). Through the latter, we are committing to having 50% of the financed emissions of the companies we invest in on behalf of our clients tied to credible net-zero plans by 2030, with the aim of reaching 100% by 2040.

We will seek to meet these headline targets via a range of transparent measures around investments in climate ‘solution providers’, engagement with fossil-fuel companies to support their energy transition, and active stewardship activities.

We believe in the SBTi methodology for two key reasons:

1 – It focuses on the future and on corporate strategies seeking to reduce carbon emissions, rather than using backward-looking measures.

2 – It forces us to focus on real-world emission reductions rather than superficial portfolio decarbonisation. This leads us to engage more often with companies in the energy sector, and in emerging markets, where capital is most urgently needed to help the transition to net-zero carbon emissions.

What else is Newton doing?

While the 2030 and 2040 milestone targets might still seem some way off, we are making investment decisions today that we believe will aid our progress along the way. First, we are stepping away from areas we deem to be unacceptably risky, such as new coal mines, new coal-fired power stations, and speculative or high-cost oil projects. These are also areas carrying the highest regulatory risk, as well as being at greater near to mid-term risk of substitution by cleaner energy sources.

We are also focusing on selective, well-managed opportunities around energy-transition metals like copper, EV infrastructure or supply chains, and clean energy.

Just because something is ‘green’ doesn’t necessarily make it a good investment, but we expect to see a growing number of investment opportunities in the energy-transition area over the coming months and years. If a company is well managed, executes well and operates in a stable regulatory environment, we think it is more likely to offer up greater green-growth opportunities in the future. Moreover, by investing in and engaging with such companies, asset managers can have a positive part to play in the energy transition.

This is a financial promotion. These opinions should not be construed as investment or other advice and are subject to change. This material is for information purposes only. This material is for professional investors only. Any reference to a specific security, country or sector should not be construed as a recommendation to buy or sell investments in those securities, countries or sectors. Please note that holdings and positioning are subject to change without notice. Newton manages a variety of investment strategies. Whether and how ESG considerations are assessed or integrated into Newton’s strategies depends on the asset classes and/or the particular strategy involved, as well as the research and investment approach of each Newton firm. ESG may not be considered for each individual investment and, where ESG is considered, other attributes of an investment may outweigh ESG considerations when making investment decisions.

UK equities: What’s the market missing in the mid-cap area?

Lloyd is head of ESG research at Newton. His role includes setting responsible investment philosophy, overseeing the ESG research process as well as conducting research and engagement on environmental, social and governance issues.