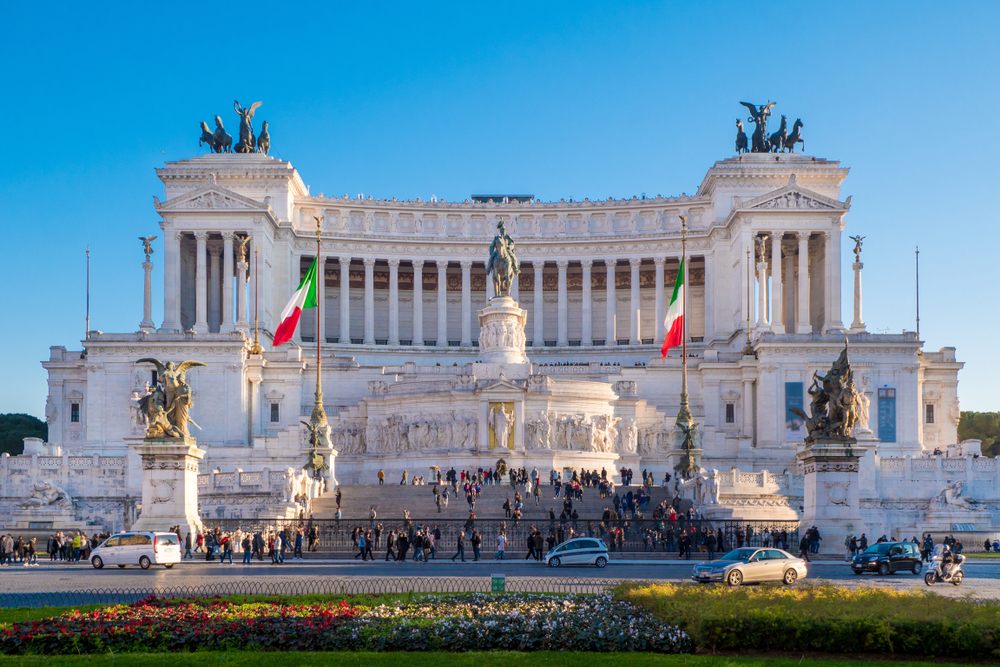 The outcome of Sunday’s general election in Italy has delivered another blow to the European political establishment. With the populist Five Star Movement gaining 33% of the vote and the anti-immigration League (formerly Northern League) party winning 17%, the two parties together now represent 50% of the vote. The governing centre-left Democratic Party (PD), led by Matteo Renzi, managed to gain only 19%, while Forza Italia, led by former Prime Minister Silvio Berlusconi, lost its leadership of the centre-right coalition.

The Five Star Movement has drawn much of its support from the underdeveloped south of the country, with a programme that includes a pledge of a guaranteed minimum monthly income for everyone under the poverty line. The League, which gained support primarily in the more prosperous north, has been successful largely on the back of an anti-immigration and anti-EU agenda. However, it has proposed similarly populist economic policies, including a flat tax rate of 15%. 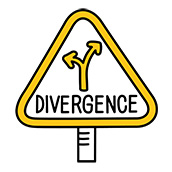 We believe the popularity of such policies reaffirms the relevance of our ‘divergence’ theme. The theme highlights how, after a long period of global convergence, political differences (both within and between countries) are now being thrown into sharper relief as a result of increasing wealth inequality and growing popular discontent, as large swathes of the population feel they have been left behind by globalisation.

In the years that have followed the global financial crisis, this trend has been exacerbated by the effects of extraordinary monetary policy, which has propped up asset prices, making the owners of these assets even richer. At the same time, as global growth has remained relatively weak, the wages of many workers in the developed world have been suppressed. 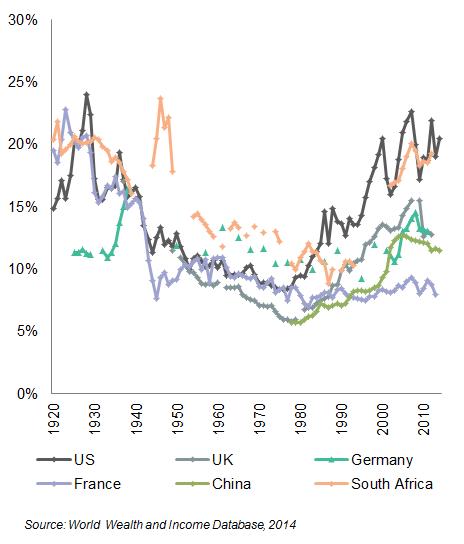 Immigration and the economy

Italy’s election is just the latest European example of the rise in populist and domestic-focused policy agendas. Most recently, last year’s German federal election saw a significantly increased showing for the nationalist, anti-immigrant Alternative for Germany (AfD) party. In Germany, the economy remains fairly robust, and immigration – in particular Chancellor Angela Merkel’s decision in 2015 to open the country’s borders to hundreds of thousands of refugees ­– has clearly been a key driver behind the growth in support for AfD. However, while immigration (the topic of my earlier blog post) has clearly been an important factor in Italy too, especially in the north of the country where the League gained most of its support, the economic backdrop has clearly driven much of the discontent.

Although the eurozone economy has staged something of a recovery over the last year, Italy’s recovery has remained sluggish and has not been felt by many Italians. While the eurozone’s unemployment rate has fallen to 8.6%, its lowest level since 2009, Italy’s unemployment rate – at 11.1% – remains high compared with the region’s strongest economies. Youth unemployment, meanwhile, is much higher, with 31.5% of under-25s out of work.[1]

Given the inconclusive nature of Italy’s election result, with no one party or coalition having sufficient seats to form a government, it may take weeks or even months before a new government is formed. However, the centre-right coalition (including the League and Forza Italia), which has gained around 37% of the vote, is perhaps the most likely grouping to succeed in forming an administration.

The introduction of a lower, flat rate of tax, supported by both the League and Forza Italia, is estimated to require around €30-50 billion in tax cuts. It is claimed that this would be funded by the cancellation of tax credits, some €150 billion of which are currently paid annually, according to the IMF. However, the tax credits are supported by various interest groups which are likely to lobby hard to keep them in place, and so the reforms would by no means be guaranteed a smooth legislative passage.

Pensions represent a further challenge. The PD government had been introducing a reform to raise the retirement age from 63 to 67. However, the League has proposed to scrap this legislation. With Italy’s current pension payments equating to almost 17% of the country’s GDP,[2] reforms in this area are badly needed, especially when considering that demographics are not in Italy’s favour: the country has for a long time had one of the lowest birth rates in Europe.

Such policies may therefore be difficult to fund over the long term, and, combined with an anti-immigration agenda, may divert attention away from the more pro-growth reforms which the PD government had begun to implement. In this context, we remain especially wary of Italian banks, which have already struggled with bad debt issues, capital deficits, and a lack of profitability. A volatile domestic backdrop and fiscal slippage could further impair the outlook for the sector if the cost of funding were to increase.

An uncertain political and economic backdrop may also serve to magnify the contrast with those countries – such as France and Germany – which have managed to contain the rise of populist elements for the time being. In the case of France, the strong parliamentary majority of Emmanuel Macron’s La République En Marche party should be helpful in pushing through the president’s economic reform agenda.

Furthermore, with Italy facing an uncertain political environment and a new government that is likely to be sceptical about the European Union and the euro, it may prove harder for the bloc to implement proposed reforms designed to strengthen the eurozone. While this may not represent a threat to the single currency at this stage, it remains to be seen how the eurozone will evolve over the coming decade, and the outlook for European growth is likely to remain lacklustre.

Looking ahead, we expect the trends of ‘divergence’ discussed in this blog, such as rising populist politics, increasing wealth divergence and trade protectionism, to rise in the next economic downturn.

While you were watching Brexit