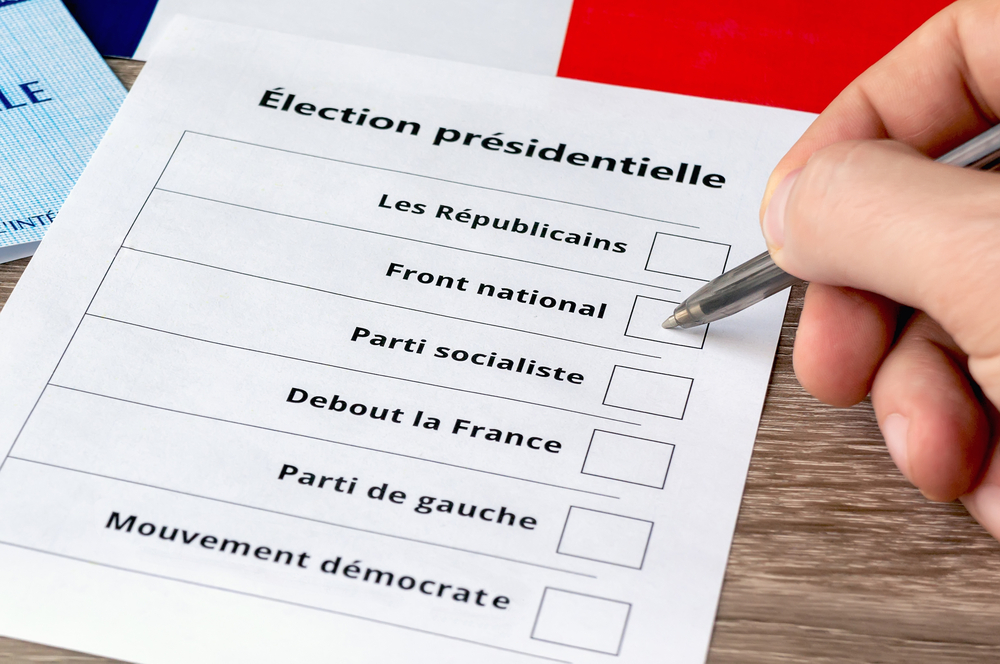 Last week’s Dutch general election saw the largest share of the vote going to the incumbent prime minister’s People’s Party for Freedom and Democracy (VVD). Geert Wilders’ populist Party for Freedom (PVV), having led in the polls for significant periods over the last few years, ended up 8% behind the VVD, surprising many observers. However, analysis of recent polling data and income inequality across European countries suggests that the Dutch result was not unexpected, and provides some pointers as to where future electoral upsets could occur.

The chart below plots income inequality against populist/disruptive party support in Europe and the US. Income inequality is shown as the Gini coefficient, a commonly used statistical measure based on residents’ net income, in which a value of 0 would indicate perfect equality (for example, where everyone has the same income) and 1 (or 100%) would mean perfect inequality. Support for populist or disruptive parties is shown using the latest polling information: for the US, UK and the Netherlands, the results in the presidential election, EU referendum and general election respectively have been used; for the other countries we have taken the latest opinion poll data. 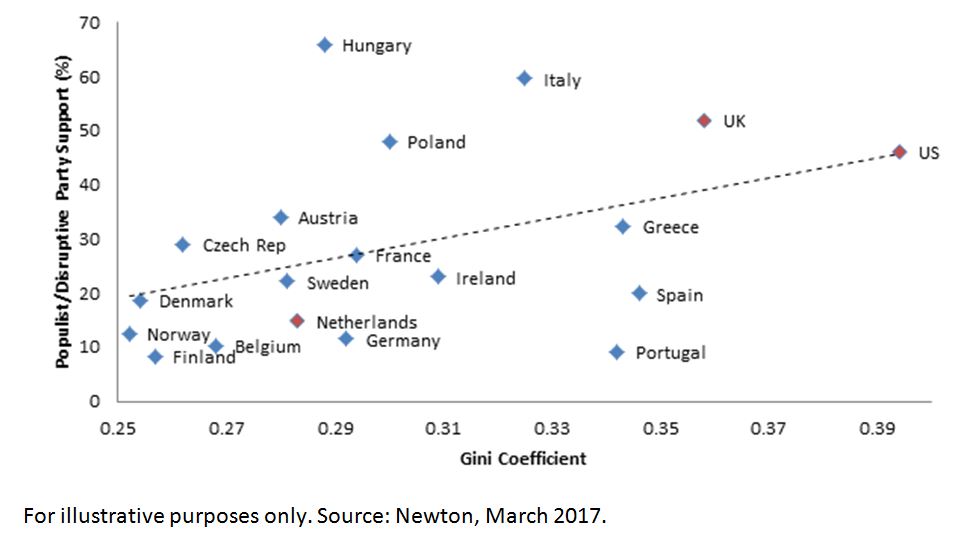 One can extrapolate from the chart that, where income inequality is higher, there is a greater chance of a populist event happening, as a greater proportion of the population feels left behind and believes that others at home or abroad are gaining at their expense.

The next major political event in Europe is the French presidential election in April/May, but France is towards the bottom left of this chart, so according to this measure the chance of Marine Le Pen moving beyond her core support should be relatively low. The risk appears to be even lower in Germany, which will hold federal elections in September.

The most likely place for populism to strike next appears to be Italy. The country has high inequality, its GDP has hardly grown since it joined the euro, and the populist parties Five Star Movement, Lega Nord and Forza Italia are polling over 50% combined. There is no set date for the next election, but current political upheaval within the ruling centre-left Partito Democratico means it could happen this year or next.

Across our fixed-income strategies, we remain underweight core euro duration as we feel yields generally have too much political risk built in, and we think there is not enough appreciation of slowly improving economic growth in the eurozone. We are also underweight Italy which, despite widening yield spreads, is still at risk both from poor economic news (it remains an economic outlier in Europe) and volatile politics.