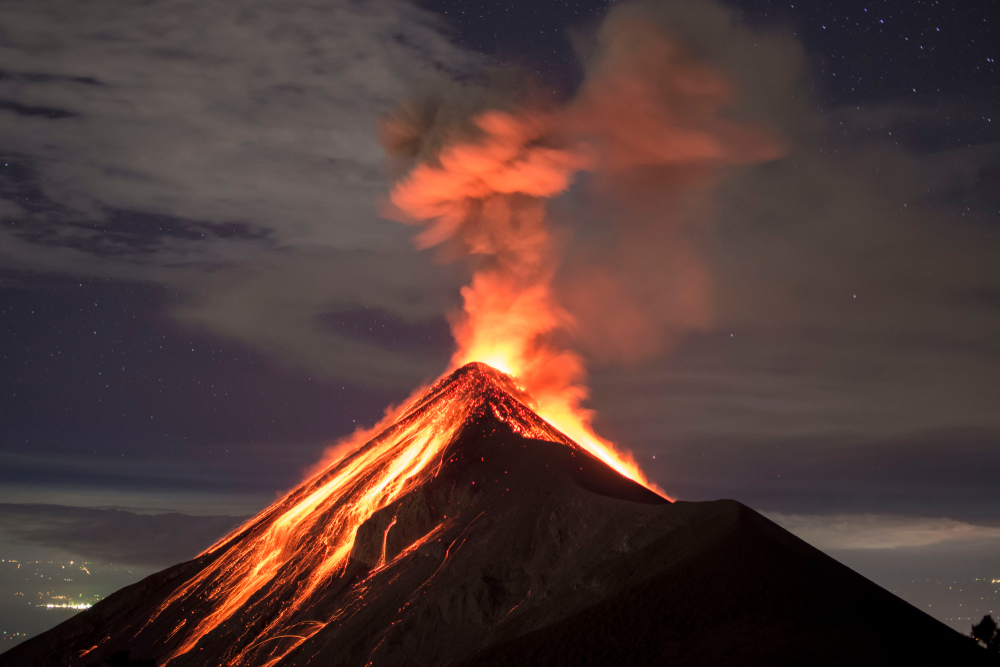 In a short series of posts we discuss some of the key ideas in the paper. Our previous post looked at the arguments against the current economic cycle merely being a rerun of the previous cycle, and explained why we believe those arguments are likely to be incorrect.

In our final post, we move on to providing our own arguments as to why we think a boom-bust cycle is still a reasonable probability.

1. Policymakers’ thinking has not changed since the last crisis

We see policymakers’ largely mechanistic, model-driven approach to economy management, which does not take account of skewed incentives, non-linear behaviours and human nature generally, as tending to cause monetary policymakers to overstate their influence on the real economy and understate the effects of their policies on the financial economy.

2. ‘Inflation’ targeting in an era of structurally low inflation is distorting the financial world

Our contention is that, in attempting to set monetary policy to generate positive CPI inflation in an environment where inflation in goods and services has been restrained both by structural factors – demography, technology and globalisation – and by central banks’ own policies (cheap money has incentivised capacity growth and kept ‘zombie’ companies in business) – policymakers have brought about huge over-stimulation of financial markets and heightened the risk of further asset bubbles.

The evidence from history is clear that excessive credit growth leads to boom-bust cycles; so the fact that debt has increased by around 44% in this cycle from the levels seen in 2007[1] (a time when it was universally agreed that many economies already had a debt problem) to over 300% of GDP would seem concerning.

Some economies, particularly those that escaped recession in the last cycle (China, Australia, and Canada for example), are vying with previous bubble measures (see chart below). 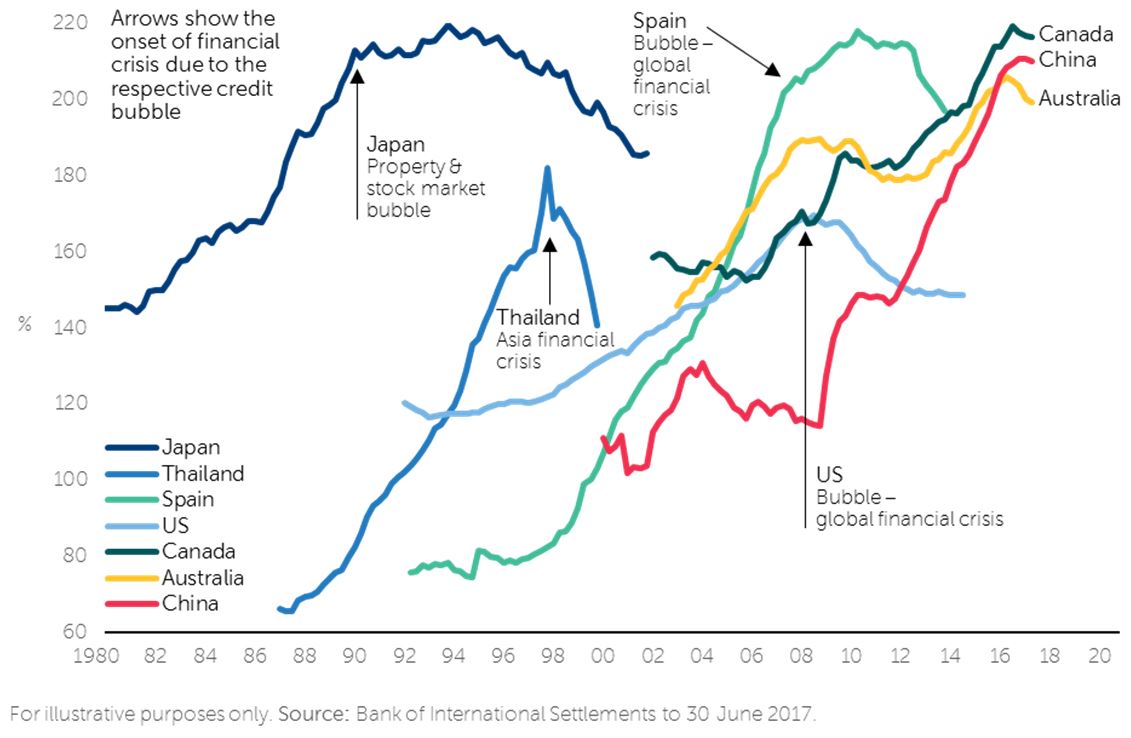 4. Investors of all kinds have been displaced into risky and much less liquid assets

In this cycle, as never before, investors are en masse taking more risk in order to achieve their required returns, and they are increasingly doing so in ways that have not been tested in an environment of market stress. Market liquidity could well be the greatest risk if nervous displaced investors were to choose to sell.

Policies like inflation-targeting, which are likely, in our opinion, to have kept interest rates too low through the cycle, as well as decades of asymmetric policy settings (loosening upon signs of stress in financial markets, but failing to act to manage booms), have led to over-stimulation of financial systems. At Newton, we have aggregated the implications, distortions and unintended consequences of this trend into a theme called ‘financialisation’, which we regard as perhaps the most important theme of our time.

Financialisation has made our systems much more sensitive to interest rates in all sorts of ways, at a time when such rates are some of the lowest in history. This, in our view, creates a significant threat.

6. The financial system has been incentivised to be ‘short volatility’

To our mind, if you make excess liquidity available at little or no cost in tandem with what seems like an implicit ‘put’, you will incentivise a giant trading community with an appetite for leverage, which is exactly what we have had! An important symptom of this is that one of the most popular trading strategies in the market place has been to be ‘short volatility’.

This illustrates the interconnected fragility of the world’s giant and complex financial system. Should there be any unexpected change in financial-market volatility, interest rates or indeed correlations, there may be very substantial pain for market participants