UK Institutional Blog Posts One Belt, One Road, and the $900bn dollar question

One Belt, One Road, and the $900bn dollar question 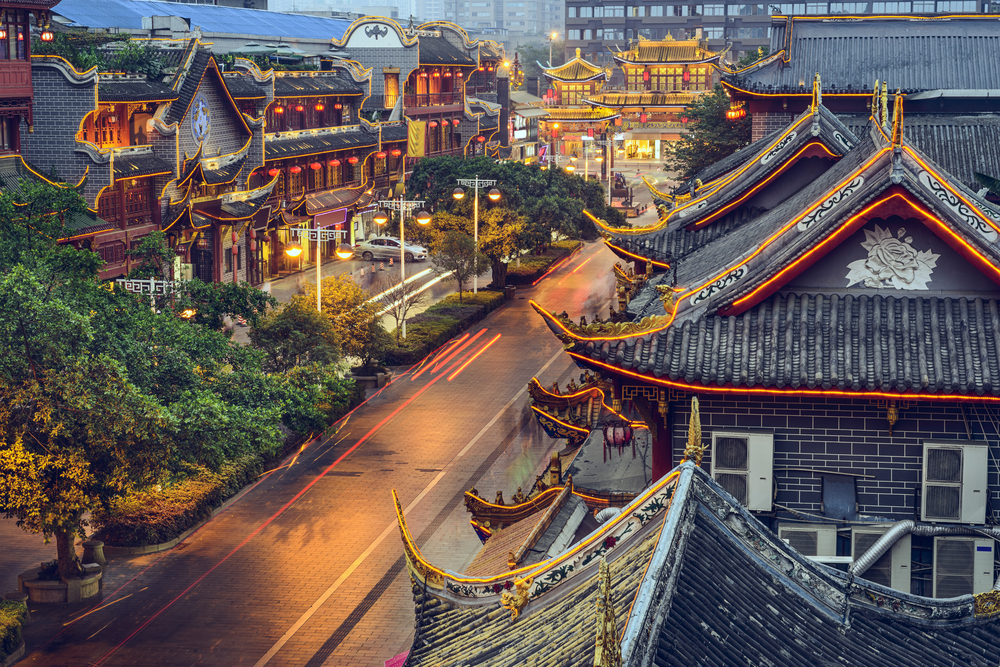 In May 2017, China’s President Xi Jinping officiated at the largest event to take place in Beijing since the 2008 summer Olympics. Delegates from some 130 countries attended, as did 29 heads of state- including Russia’s Vladimir Putin and Turkey’s Recep Tayyip Erdoğan. The heads of the United Nations, the International Monetary Fund and the World Bank were also in attendance.

In his speech marking the launch, President Xi Jinping drew comparisons between the historic Silk Road (think camels laden with silks and spices winding their way through vast steppes and deserts) and the modern One Belt One Road (OBOR) project.

According to President Xi, the development will “unleash new economic forces for global growth, build new platforms for global development and rebalance economic globalisation so mankind can move closer to a community of common destiny”.[1]

The rhetoric is bold and ambitious, but the key question for investors is whether the hype can match the reality. Will the grand visions encompassing everything from power stations to gas pipelines, technology hubs to motorways reach fruition, or – like so many centrally mandated infrastructure grand projects of the past – fizzle out in the face of hard facts?

OBOR is stunning in its scope. With an estimated price tag of some US$900bn,[2] the scheme has rightly drawn comparisons with the Marshall Plan, the monumental US economic support effort that helped rebuild Western Europe at the end of the Second World War. It encompasses roughly 60% of the world’s population and around 30% of global GDP,[3] and has the potential to create enormous prosperity for the people living in the countries it affects.

Nevertheless, investors should not be dazzled by the project’s scale but should take a considered view of the project and what it could achieve. For one thing, like the Marshall Plan before it, OBOR is about more than just economics; it also serves a set of wider geopolitical and strategic ends.

Crucially, OBOR should help to reduce China’s dependence on the Straits of Malacca, the narrow sea lane separating the Malay Peninsula from Sumatra, through which most of its imports and exports flow. Around 80% of China’s oil imports pass through this strategic choke point, which makes Chinese prosperity immensely vulnerable to any form of maritime embargo.

Therefore, a new port alongside rail and road links in Pakistan provides direct access to the Indian Ocean and the Gulf, while pipeline agreements such as the Central Asia-China natural gas pipeline, which runs from Turkmenistan through Uzbekistan and Kazakhstan to Western China, will allow unrestricted overland transhipment of oil and gas. Russian exports of coal, oil and energy to China are also expected to rise as rail links and pipelines between the two countries improve.

OBOR also fulfils another vital strategic goal: the soaking up of China’s vast excess industrial capacity. Chinese companies are expected to dominate the construction phase of many of the larger infrastructure projects, with Chinese materials likely to be used. This should take the pressure off domestic overcapacity in sectors such as steel, cement and aluminium – and we would expect China’s heavy industry sector to see direct benefits as a result.

Bumps in the road

While the strategic rationale of OBOR might make sense for China, there are still question marks over how much of what has already been announced will actually come to pass. In railways, for example, high-speed projects associated with OBOR in Libya, Mexico, Myanmar, Venezuela and Indonesia have either been cancelled or are facing major delays. According to an investigation by the Financial Times, cancellations and delays account for at least 25% of the combined US$143bn value of overseas high-speed rail schemes initially announced as part of OBOR.[4]

The One Road maritime strategy has been far from plain sailing too. Even though China has secured contracts to build a port in Myanmar, a deal with Bangladesh fell through in 2016 when Dhaka opted for an offer from Japan instead. A US$1.1bn deal to construct Hambantota Port in Sri Lanka was scaled back after it sparked protests – and other projects from Europe to Africa have been met with differing degrees of suspicion as to China’s true intentions.

This is an important sticking point. Neither Japan nor the US are directly involved in OBOR. India – a key regional player – was also notable by its absence from the May launch event in Beijing. Partly this was a response to China’s involvement in the US$62bn China-Pakistan economic corridor, which exacerbated region tensions, not least because part of the development is in the disputed border region of Gilgit-Baltistan.

China has done an incredible job of moving from a predominantly agricultural economy to its current status as the manufacturing hub of the world, and further in rebalancing towards a consumer-driven model. But if it wants its grand vision of OBOR to be a success, part of its strategy will need to be about addressing the concerns of countries like India, the US and Japan, which can be said to be ambivalent about OBOR at best.

Deal or no deal

Notwithstanding these considerations, recent data highlights how at least some parts of OBOR seem to be gaining a head of steam. During the May launch event, for example, China signed 270 cooperation deals, covering telecommunications, infrastructure development, trade promotion and finance.[5] Year to date, Chinese acquisitions in the 68 countries officially linked to OBOR totalled US$33bn, surpassing the US$31bn tally for the whole of 2016. This rise is all the more remarkable given that it came against a 42% fall in overall outbound mergers and acquisitions (M&A) from China.

At first sight, the numbers are impressive, but here too other factors could be at play. We know China has cracked down on foreign investment, tightening capital controls and raising restrictions on foreign M&A – but this doesn’t seem to have staunched the enthusiasm for investment in OBOR projects.

For us, this raises the question: is investment by Chinese firms in the New Silk Road simply capital flight by another name? If so, we could simply be looking at gross misallocation of capital.

[3] Fund Business Intelligence Centre: ‘The Belt and Road Initiative: 65 Countries and Beyond’, May 2016.

Volatility returned with a vengeance in February. What are the ramifications for emerging markets?