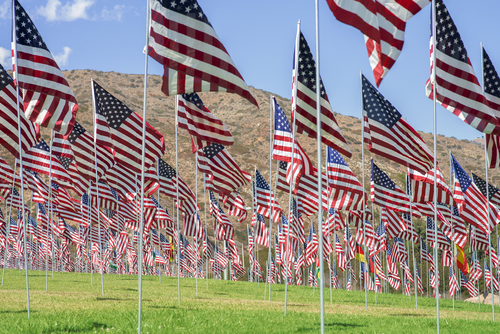 2016 proved to be yet another rollercoaster ride in financial markets, with the election of Donald Trump as US president no small contributor.

Remarkably we are now faced with US market sentiment that is bordering on the euphoric about the potential for a Trump administration, an outcome which would have seemed almost laughable just a few months ago.

We suspect that this optimism in markets is primed for disappointment, but it’s worth pondering what caused such an apparent U-turn in expectations.

The obvious answer is that investors believe that an agenda of tax reform, deregulation and infrastructure spending can quickly transform the growth prospects of the US economy. To coin Mr Trump’s own promise, perhaps they are pers귭 that “it’s going to be a beautiful thing”.[1]

Another potential explanation is linked to the extraordinary monetary policy we have seen since the financial crisis, which underpins asset prices.

From one side to the other

As I explain in this quarter’s ‘Investment thoughts’, we believe that in recent years central bankers have set policy to suit markets; rather than being data-dependent, their policymaking has become market-dependent. Indeed, we believe this phenomenon might provide a better explanation of the chain of events over 2016 than trying to link market behaviour directly to events or fundamentals. As a result of this market-driven policymaking, the events of the last 12 to 15 months appear to have followed what is now becoming a predictable pattern:

Although this interplay between markets and the economy may have always been in place, we would argue that its impact has become magnified in an era of ‘financialisation’.

In this kind of system, it is easy to see how events such as the UK’s European Union (EU) vote, the US election, and the recent Italian referendum, which might have been seen universally as bad news, can quickly become good news. It becomes embedded in the psychology of financial-market participants that policymakers will either supply liquidity ahead of the event (such as with the UK referendum) or respond if things turn nasty. Short positions are quickly squeezed as the Pavlovian response takes hold.

In 2016, the response to this kind of conditioning seemed to accelerate: in the case of the UK’s vote on EU membership, it took a few days for sentiment to turn around; on the election of Donald Trump, it took just a couple of hours. The potentially disastrous Italian referendum (which had seemed like it could be the final denouement for Italy’s insolvent lenders) turned rapidly into a buying opportunity within a matter of minutes!

So, is it likely that the Trump administration will be able to transform the growth prospects of the US economy? It looks like a challenge from both a structural and cyclical point of view.

Dealing with the longer-term picture first, economic growth over time can mostly be explained by trends in growth in the working population and its productivity. The reality is that our modern economies have become mature demographically; indeed, the extent of ageing is unprecedented in human history. Working populations are growing only slowly, and in some economies are shrinking, not something any new administration can change, particularly if the political undercurrents favour less, not more, immigration.

Growth in productivity has also been falling (to 1% per annum in the last decade, from a post-war average of 2%), causing most official forecasters to continue to downgrade the ‘potential’ growth rate of the US. It’s interesting that periods of strong US productivity growth have been associated with globalisation and outsourcing of supply by the US corporate sector. Given that the president-elect’s platform has been based on bringing many of these jobs home, it is unlikely that his administration will reverse the longer-term decline, and it could even challenge current levels of productivity.

On a cyclical basis, growth usually accelerates from the bottom of the cycle when the level of GDP is depressed and unemployment is high. In contrast, Mr Trump will assume control of an economy that is in its 90th month of expansion (the fourth longest in a century), with unemployment at cycle lows of 4.6%.

Much is being made of the comparison of Donald Trump with Ronald Reagan, also a somewhat unconventional Republican politician who presided over perhaps the greatest boom the US has ever seen. In practice, the comparison doesn’t bear much scrutiny; after a rocky start (the second leg of a double-dip recession!), Mr Reagan presided over an economy where much of the excesses had been cleansed, government debt was low, and equity-market valuations and profit margins were modest. Interest rates and inflation were high, and were set to fall for many years. On almost all measures, Mr Trump faces the diametric opposite: the level of US government debt exceeds 100% of GDP, interest rates and inflation are suppressed, and the cyclically adjusted price-to-earnings ratio on the S&P index stands at 28x, compared with 9x when Mr Reagan took office.

What’s more, years of cheap money have both brought forward demand and encouraged capacity to be put in place to satisfy it. Controlling excess capacity isn’t helped by the ability of almost all enterprises to readily refinance in the credit markets, keeping so-called ‘zombie’ companies in business.

A dose of reality

To be clear, we are not saying that the new administration cannot improve the growth profile or should not strive to improve efficiency, simply that growth is unlikely to be transformed by changes in the approach to policy stimulus.

As such, we would not extrapolate the strong performance of cyclical sectors in 2016 (energy, materials and financials were the global equity market’s top performers in sterling terms) as the resumption of more ‘normal’ conditions. We believe instead that the swing in valuations means that opportunities to build/reaffirm holdings in companies and sectors that are able to provide consistency of earnings without the necessity for support from a cyclical upswing, have been presented.