The auto industry will change more in the next five to ten years than it has in the last decade, according to Mary Barra, CEO of General Motors. That should certainly make investors sit up and pay attention. What could it mean for the electric car?

The concept of the electric vehicle is not a new one. Many of you will have heard of the G-Wiz perhaps – a micro electric car; the early adopters among you may even have owned one. It’s an idea that is here to stay.

However, there is still much discussion, debate and uncertainty around the topic, and there are a number of questions investors must consider. What real demand is there for electric vehicles? Are they a viable alternative to the combustion engine? What are the regulatory changes which could affect demand?

In trying to identify potential long-term opportunities and risks for our clients in this area, two of our investment themes in particular are vital to framing our thinking: ‘state intervention’ and ‘smart revolution’.

These changes are by no means insignificant; consider, for example, the fact that Norway, a country with an oil-heavy economy, has banned new sales of fuel cars from 2025, or that Germany, arguably the home of the big diesel and petrol-guzzlers, has recently given the go-ahead to an electric car incentive scheme to help meet the country’s aim of getting one million such cars on the road by the end of the decade. Meanwhile, many countries are also bringing in more stringent emissions standards for new vehicles as well as more stringent test cycles that make even today’s standards difficult to meet.

regulatory backdrop clearly seems supportive, but what about the technology – is there a viable electric alternative for the consumer to choose? This is where our ‘smart revolution’ theme, which focuses on the technological innovation taking place in the sector, comes into play.

While many of my colleagues are sent out to far-flung oil rigs or factory production lines as part of our in-depth research process, I was far luckier; a couple of months ago I actually got to drive a Tesla Model S (pictured below), one of Tesla’s latest electric models, and I can confirm the acceleration is memorable to say the least!

Things have certainly moved on from the G-Wiz. The range now makes this a truly viable option for a family car, while the top speed and acceleration can match that of a sports car. Demand is now starting to reflect this too, with Tesla’s sales almost doubling over the last 16 months.[1]

The technological innovation does not stop there. Much has been made of the concept of ‘driverless’ cars in recent years, with a number of technology giants rumoured to be at work on the concept. The Society of Automotive Engineers’ automation scale runs from simply assisted or ‘feet off’ cars, all the way through to the idea of a robot taxi with no driver at all (see below). At present, it’s unclear which of these will emerge as the overall winner for consumers. 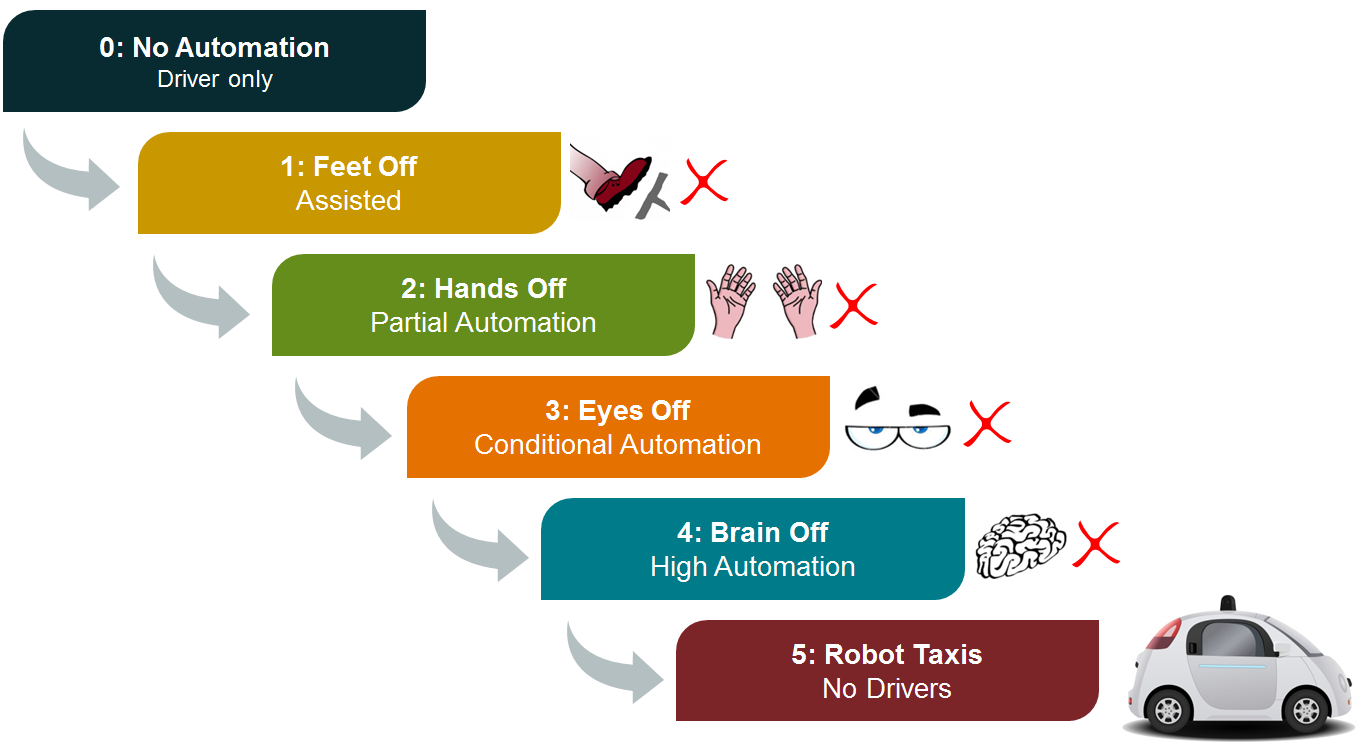 There is further uncertainty, too, as to which companies will s쳮d in producing safe, enjoyable vehicles which people will want to buy.

Our ‘smart revolution’ theme has helped us focus on one particular part of this technology which we believe will s쳮d regardless – the manufacturers of the electronic content (sensors, semiconductors and software) which is vital for such vehicles. Driverless cars are likely to require increased safety features, greater connectivity services for navigation, and even music streaming – all requiring a far greater amount of electronic content than the average car today. As such, we have begun to introduce exposure to certain companies in this industry in a number of our strategies.

Changing the state of play 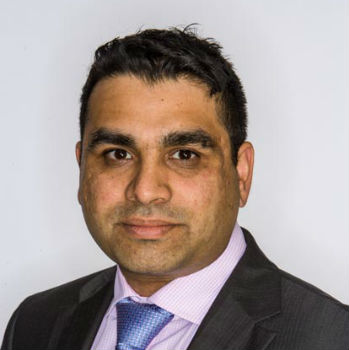 Bhavin is a portfolio manager in our multi-asset team.