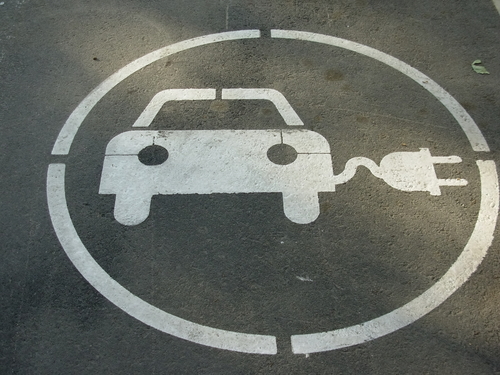 The global market for electric vehicles has so far seen several false starts thanks to high development costs, engineering glitches and consumer scepticism about travel ranges and showroom costs.

However, a recent acceleration in the number of electric vehicle projects announced and growing government subsidies could herald a new dawn for the sector, with cheaper, more efficient models opening up a fresh mass market and potentially attracting a wider pool of investors to the sector.

Recent data from EV-Volumes, a global database of the market, predicts there could be as many as 2.1 million electric vehicles on the world’s roads by the end of 2016 alone.[1]

Against a backdrop of falling battery and development costs, electric vehicles hold a lot of potential. Not only are they greener than those powered by fossil fuels, they are also more fun to drive, offering phenomenal acceleration power and minimal engine noise. From a practical perspective they are more reliable, safer and have generally lower maintenance costs.

I now believe the electric vehicle’s ‘path to market disruption’ could be shorter than expected, and that the pace of adoption of these vehicles will be stronger. Tightening emission standards and the improved range of the latest wave of electric vehicles also augur well for the market. Looking ahead, it is possible that new city restrictions for vehicles with combustion engines in Germany and France may also boost demand.

The market for high-performance electric vehicles has been pioneered by US-based automotive and engineering firm Tesla, and a number of major international car manufacturers look set to follow Tesla’s lead. Other cars already on the market include the Volkswagen e-Golf and the Nissan Leaf; the upcoming release of the GM Chevrolet Bolt – which offers an estimated 238-mile range – is just one of a number of new or planned launches.

In November, UK multinational car manufacturer Jaguar also confirmed it would join the race to develop a high-performance electric car – the I-Pace – scheduled for launch in 2018. In the same month, Japanese vehicle manufacturing giant Toyota Motor Corporation announced it was to set up a new in-house unit to develop electric cars. Volkswagen has also announced that electric car development will be at the heart of its new Transform 2025 plan.

Key electric vehicle markets of the future are likely to include China (whose capital Beijing faces a potential ‘airpocalypse’ of vehicle pollution), the US, India and some of the more environmentally aware European countries such as Germany, Norway and the Netherlands.

According to the latest International Energy Authority (IEA) figures, new registration of electric cars (including hybrid vehicles) increased by 70%  between 2014 and 2015, with China overtaking the US as the largest market for electric cars.[2]

A number of new government and business initiatives are also encouraging the use of electric vehicles. In the latest UK government Autumn Statement, Chancellor of the Exchequer Philip Hammond announced new investment of £80m to support electric car charging infrastructure and pledged 100% capital allowances in the first year for companies committing to develop charging points for electric vehicles.[3]

In a separate move, the UK business secretary, Greg Clark, said the government aimed to put next generation electric vehicles at the centre of its long-term industrial strategy.[4]

At a global level, November also saw Canada, China, France, Japan, Norway, Sweden, the UK and US sign a Government Fleet Declaration, pledging to increase the share of electric vehicles in their government fleets.[5]

Market analysts point to growing competition and consumer choice in the market, with ratings agency Moody’s Investor Services predicting 19 electric models will go on sale in the US alone by 2020.[6]

We believe the global market share of electric vehicles could reach 2.5% by 2020 and 7.5% by 2025 as prices fall, technology improves, economies of scale are built, and electric charging infrastructure to support the market expands.

The main reason electric vehicles will disrupt the automotive market is that ultimately they are better products. Over time, ‘range anxiety’ and battery cost look set to diminish, and the growing simplicity of electric engines will make them cheaper to produce and assemble and more reliable for consumers than the traditional combustion-driven alternative.

The new technologies available in this area could open a very large door to alternative suppliers in the future. Across our strategies we have exposure to companies – including component manufacturers and infrastructure providers – that we believe are likely to benefit from sustained growth in this area.

The evolution of our themes