Credit where credit’s due 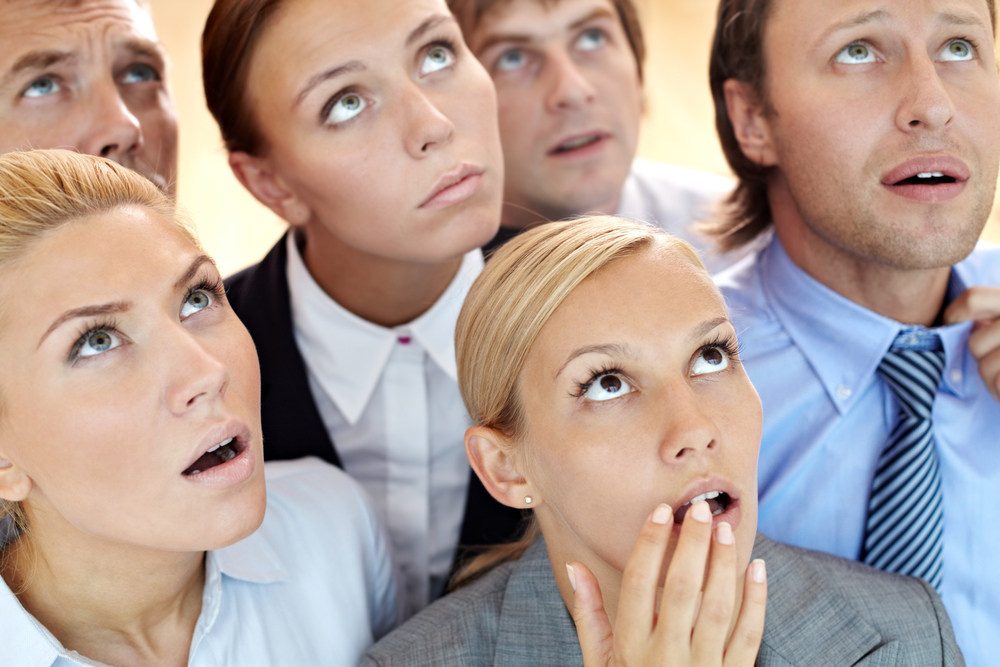 Since the onset of the global financial crisis in 2008, the scale of emerging-market debt has grown rapidly. What does this mean for investors who have been encouraged by low developed-world bond yields to seek better returns from such asset classes?

With global recovery proving to be very gradual, and wage inflation muted – despite unemployment rates returning to normal levels in countries further along in the recovery process (such as the US, UK and Japan) – core inflation has also remained mostly subdued in developed markets.

Monetary policy has consequently remained very loose. In addition, expectations for an acceleration in growth have been repeatedly disappointed in the last few years, providing ammunition to the proponents of the ‘secular stagnation’ theory, which has arguably contributed to the flattening in developed-market sovereign yield curves. As a result of this, developed-market bond yields have moved progressively lower, encouraging investors to go on a ‘hunt for yield’. 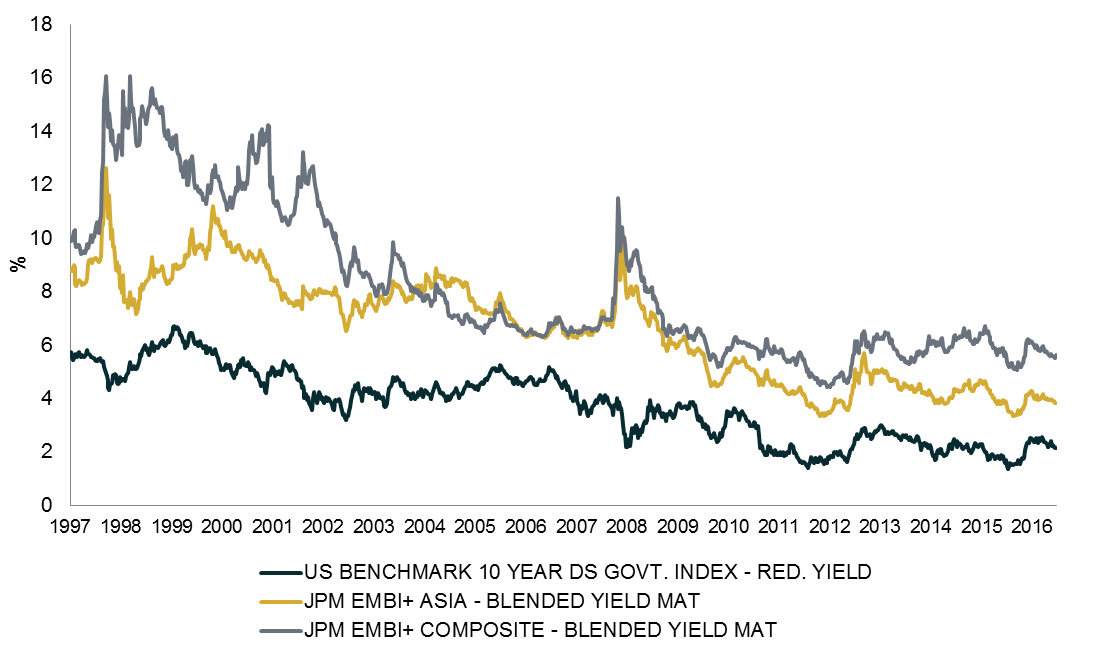 Considering the Bank for International Settlements’ (BIS) measure of emerging markets’ gross government debt as a percentage of GDP at purchasing-power parity (PPP), emerging-economy debt has risen from 36% in 2008 to 47% at the end of 2016 – a sizeable move. Private non-financial sector credit growth was even stronger, increasing by an eyebrow-raising 49% of GDP (from 80% to 129%).

There is, however, substantial variation in the credit growth that has occurred between different emerging markets.

China obscures much of the picture, given its significant and growing economic size, coupled with how fast credit has grown there over the last eight years. According to BIS, Chinese private non-financial sector debt had rocketed up by 96 percentage points to 210% of GDP at the end of 2016. While denoted as ‘private’, much of this debt is attributable to state-owned enterprises (SOEs). Household debt accounts for just 45% of GDP, with the balance being non-financial corporate debt, which accounts for the majority of the debt growth since 2008.

Excluding China, Hong Kong and Singapore, private non-financial sector debt in emerging markets has only risen by 11% of PPP-weighted GDP, from 63% in 2008 to 74% at the end of 2016. This shows that, once China is excluded, the rise in emerging-market debt has been far less dramatic than is often perceived. Growth in private non-financial debt as a percentage of GDP since 2008 is shown in chart 2 for various emerging markets. While generally increasing for most, only Turkey, Chile, Malaysia, Thailand and Colombia have seen debt-to-GDP growth of more than 20 percentage points over these eight years.

Chart 2: Private non-financial debt as a % of GDP 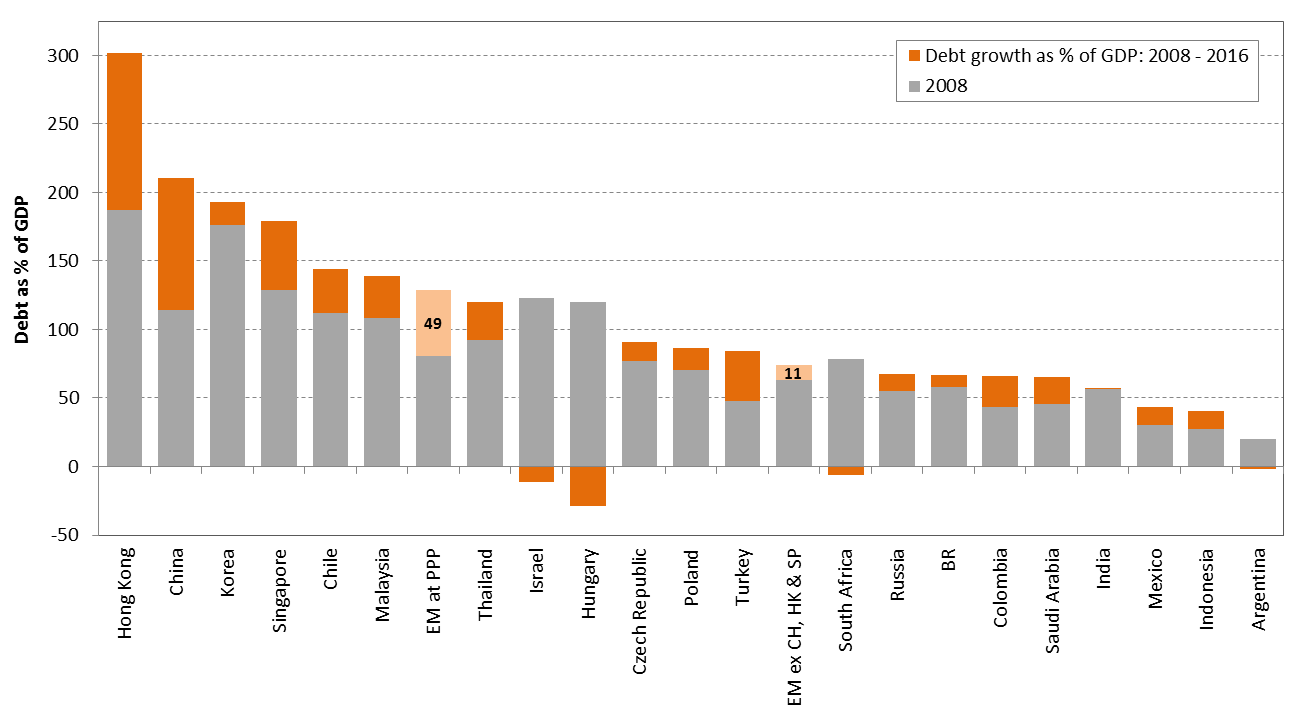 What has also been noteworthy is that, since the ‘Taper Tantrum’ in May 2013, when the then US Federal Reserve Chairman Ben Bernanke surprised markets by announcing that the monthly volume of asset purchases was likely to be trimmed in future months, there has been substantially slower credit growth in the emerging-markets group that excludes China, Hong Kong and Singapore than in the inclusive emerging-markets group. This is illustrated in Chart 3, which shows that debt as a percentage of GDP at PPP has only risen by three percentage points since the beginning of 2014. 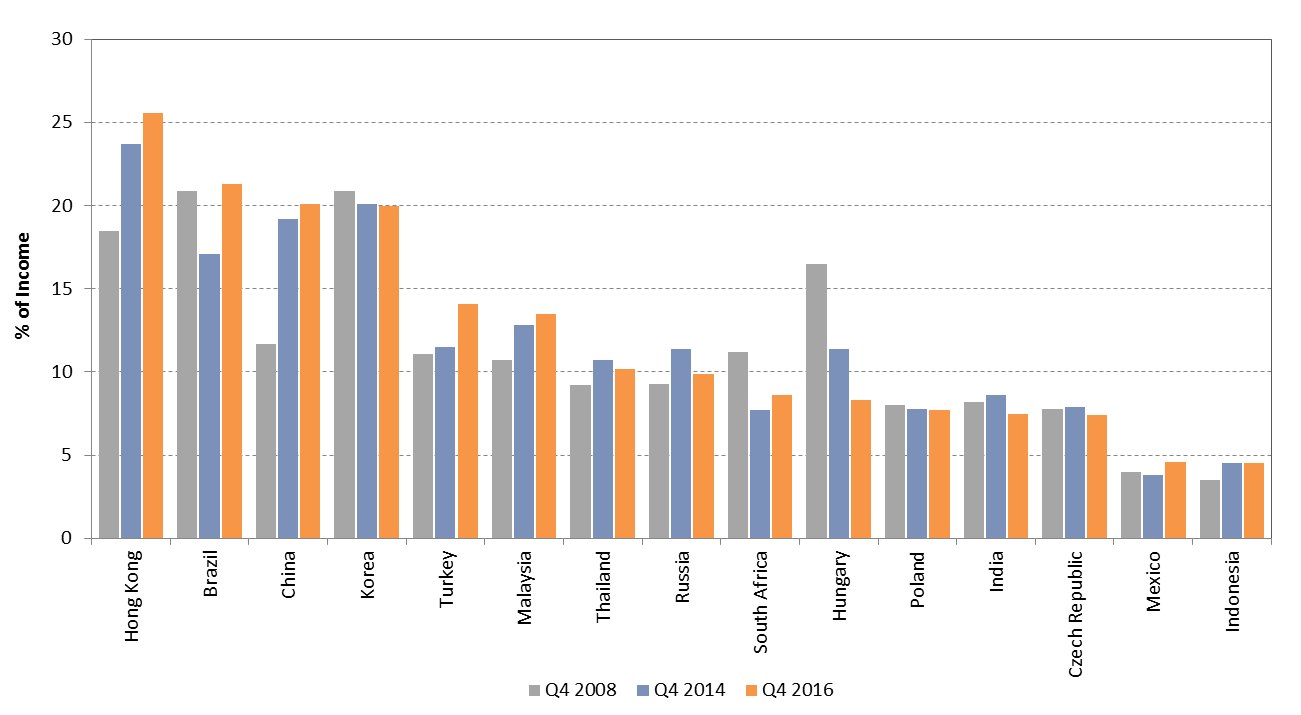 There are some specific cases where debt has risen quickly since 2008.

Other emerging-market countries have generally seen much more sedate credit growth, with a few undergoing deleveraging, such as Hungary, and to a lesser extent South Africa. Referring back to Charts 2 and 3, India has had very slow credit growth for a while now, with private non-financial sector credit to GDP unchanged from 2013 to 2015 and falling last year. This has been largely because of slowing economic growth with overcapacity in the private sector limiting the need for new investment, coupled with a large state banking sector that needs to raise capital before it can lend more. However, these issues are likely to be transitory, leaving plenty of scope for credit to support growth in coming years.

Similarly, Indonesia and the Philippines (not shown) both have low private-sector credit-to-GDP ratios, coming from a lower level of financial development, but with ample room for further credit penetration in future. With these countries’ economies being primarily domestically driven rather than mainly dependent on trade, this adds to the strong demographic profiles of both, supporting much higher potential GDP growth than for many others.

In conclusion, while the headline level of private sector debt for emerging markets has appeared to grow very rapidly, most of this is attributable to China, with considerable variation between the remaining countries. We will continue to watch debt growth in emerging markets, particularly in view of the fact that the Federal Reserve has begun raising interest rates, but on balance we think the risks are manageable for now.