Central Europe: different and the same 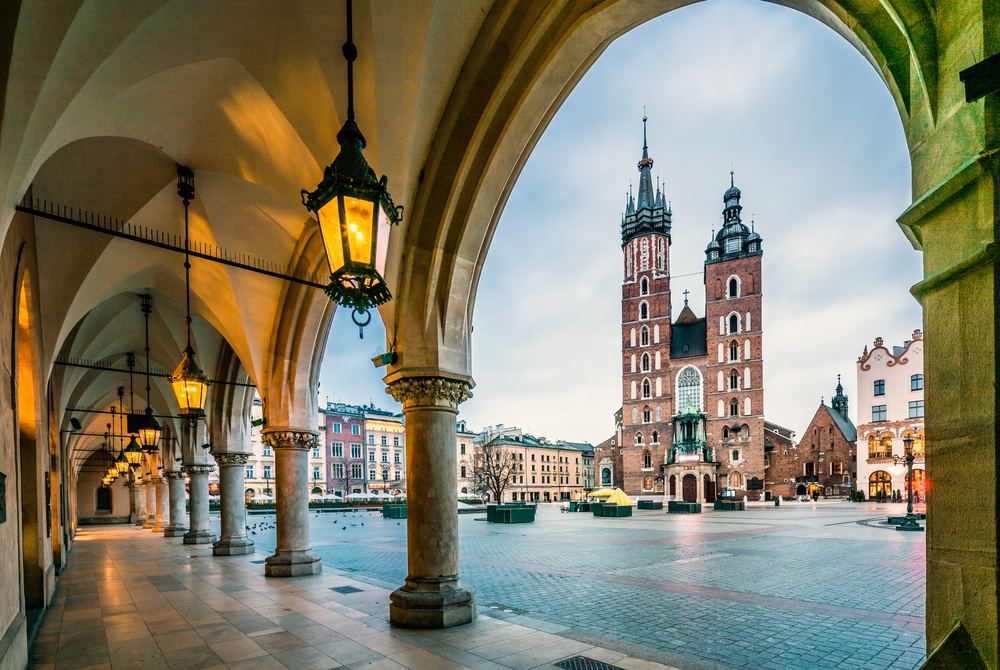 Last week I spent a very interesting three days meeting various government and central-bank policymakers, political analysts and market participants in Hungary, the Czech Republic and Poland, to find out more about the regional outlook for growth and bond and currency markets. The three countries currently display several similar economic and political trends, but differ in a few key policy areas.

Following a year of slower economic expansion in 2016, Central and Eastern Europe looks set for a strong pickup in growth this year, supported by the greater absorption of European Union (EU) structural funds (a tool used by the EU to sustain regional development and eliminate disparities between its members). In addition, headline inflation has picked up sharply in all three countries over recent months (see graph below), owing to labour-market tightening and a bounce in commodity prices, oil in particular. 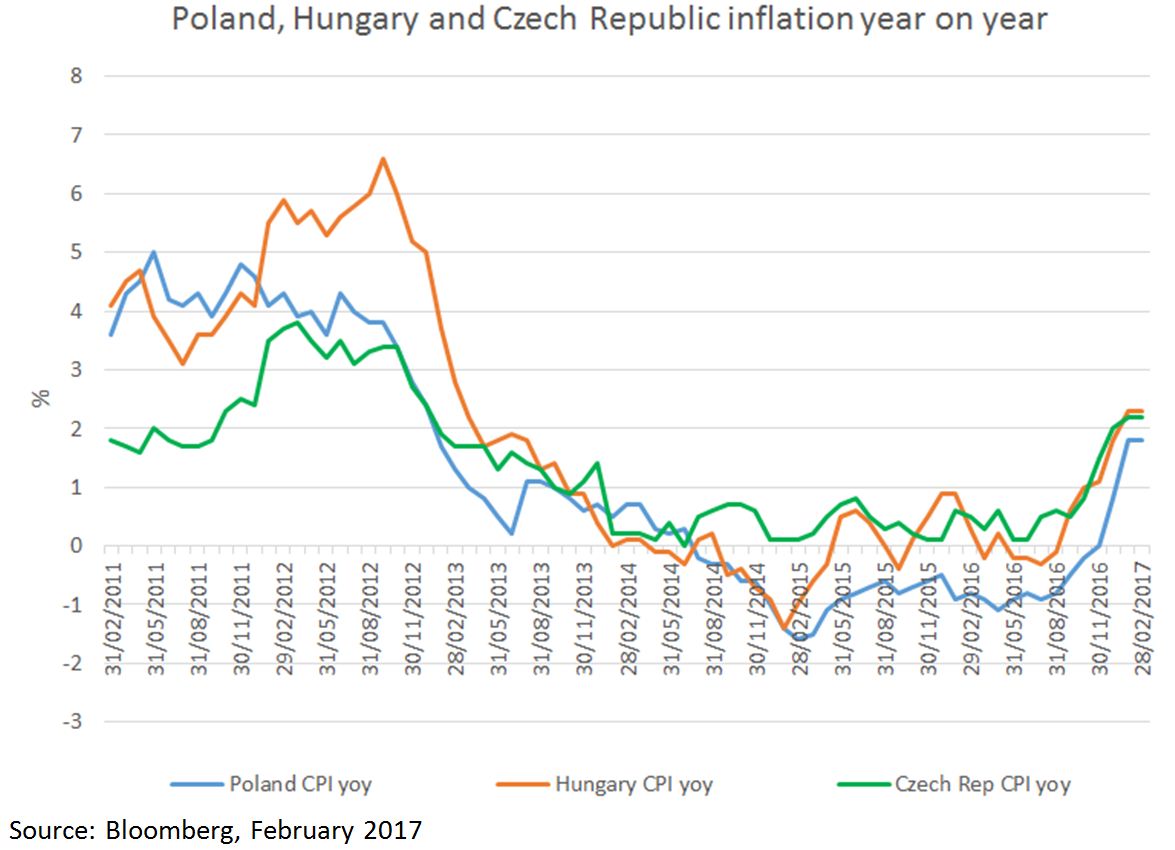 From a political perspective, headline trends in the three countries evidence further convergence towards populism. In the Czech Republic, the most likely winner of elections scheduled for October this year looks to be the populist-leaning Minister of Finance, Andrej Babiš. Meanwhile, in Poland, political developments offer even more cause for long-term concern. While the incumbent Law and Justice (PiS) government appears to be following a similar anti-liberal/populist policy direction to Viktor Orbán’s Hungary, the Polish administration, with a more ideological leader in Jarosław Kaczynski, lacks the same degree of pragmatism and fiscal discipline, meaning less prudent government spending and erratic policy implementation.

Nevertheless, despite these similarities, central-bank policy shows signs of notable divergence. While the Czech National Bank appears to be taking a more hawkish stance, indicating a willingness to remove its euro/koruna currency floor and raise rates this year, monetary policy in Hungary and Poland, by contrast, remains relatively dovish, with rates likely to remain on hold in 2017.

In Poland, where base rates are already higher (at 1.5%, versus 0.05% and 0.9% in the Czech Republic and Hungary respectively), core consumer price index (CPI) inflation remains relatively subdued at 0.0% year on year. The National Bank of Poland is projecting headline CPI towards the bottom half of its 1.5-3.5% target range into 2018, aided by easing base effects over the coming months from recent energy-price increases.

While Poland comes from a far better starting position in debt-to-GDP terms, its political direction leaves the country more vulnerable from a directional fiscal perspective. Even against a decent growth backdrop, Poland is burdened with a widening budget deficit under long-term spending commitments (including a recently reduced retirement age) – not boding well if/when growth slows.

Should growth disappoint, I can see the Maastricht budget deficit limit being breached,[1] but forecast GDP growth of 3.5-4% this year and Standard & Poor’s removal of its negative outlook for the country (having taken comfort on the important issue of central-bank independence) make our concerns for (still A-rated) Poland longer term.

Consequently, there are a number of factors which make short-dated local-currency Polish government bonds appear attractive to us:

1. Poland’s sustained underperformance versus European sovereign peers (including Hungary, Germany and Italy), as the chart below shows 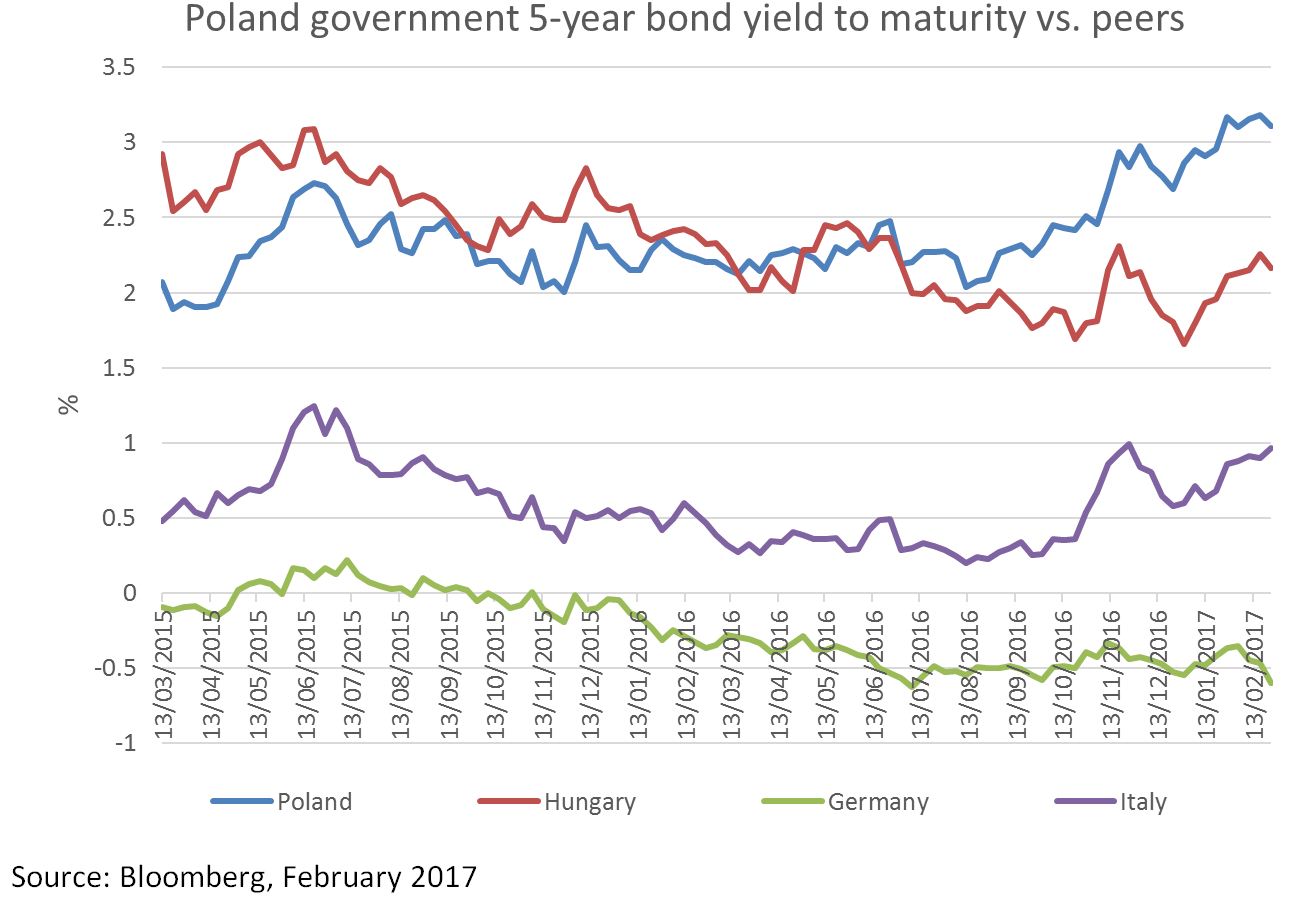 3. Steep yield curve – pricing in 200 basis points of rate increases over the next two years

4. National Bank of Poland likely to keep rates on hold in 2017

[1] The Maastricht budget deficit limit is one of the five criteria EU member states are required to comply with to adopt the euro. It states that the ratio of annual government deficit to GDP must not exceed 3%.

Who wants to live forever?