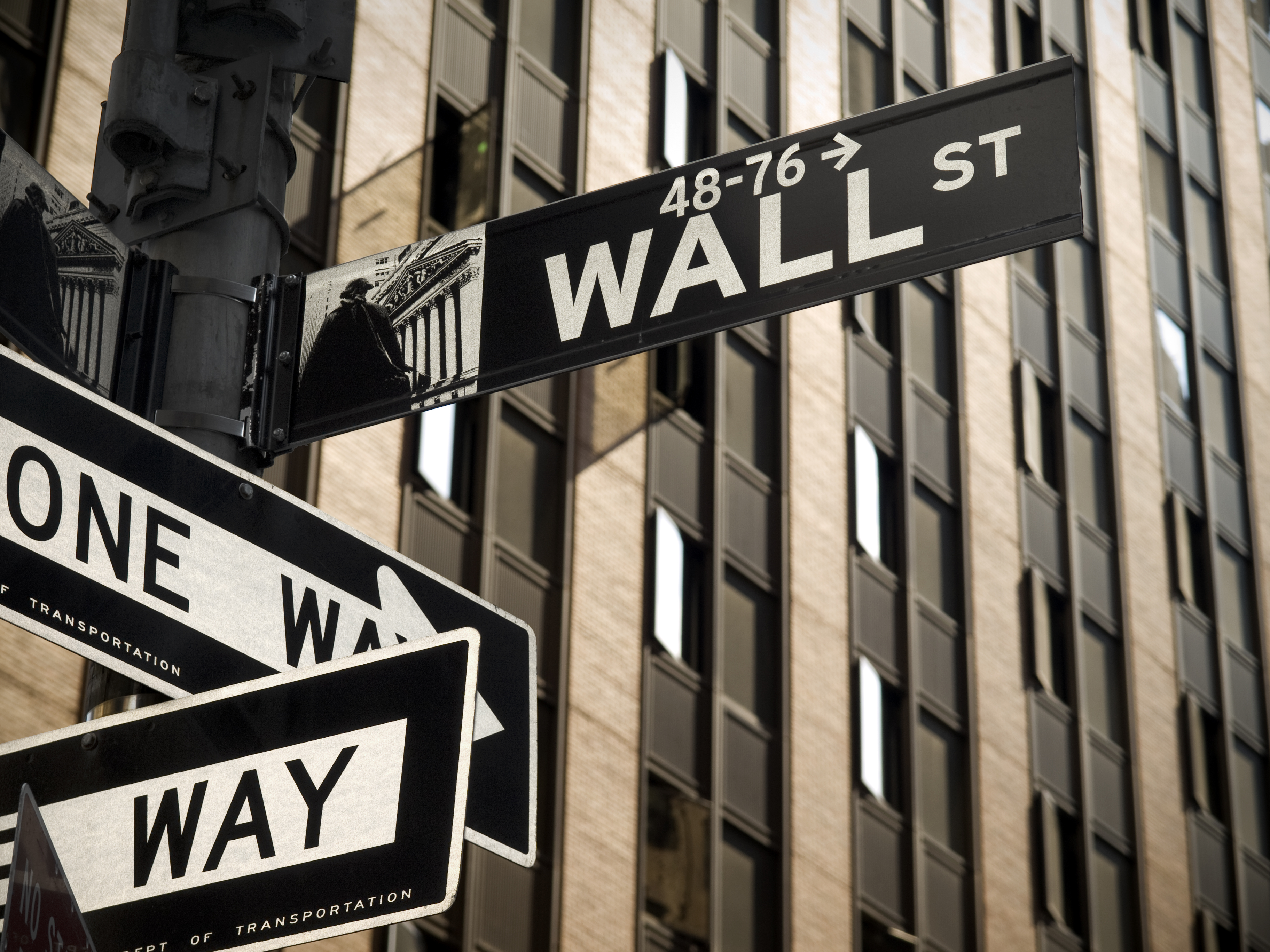 With Donald Trump having entered the Oval Office, US bank stocks are already pricing in a very favourable outcome to changes in US policymaking (see chart below): the sector is up by over 50% since its post-Brexit lows, and now trades on elevated valuation multiples. 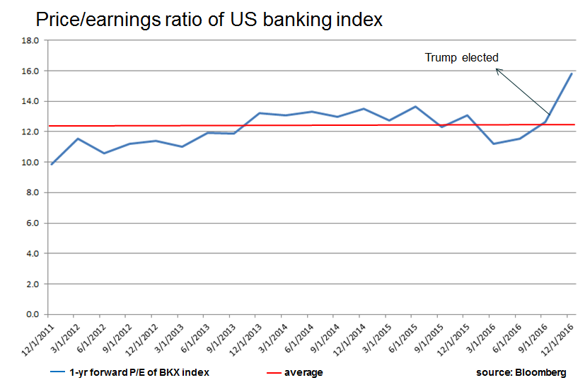 Despite the enthusiasm for the sector, we are reluctant to join in with the exuberance. The relative unattractiveness of many US banking stocks, as we see it, is encompassed in our themes such as ‘debt burden’, ‘financialisation’, ‘net effects’ and ‘state intervention’ which I wrote about last August. We expect these headwinds to continue to dominate the outlook for bank profitability, despite the market’s near-term optimism. While the fundamental operating environment may or may not improve, the sector is already pricing in a substantial improvement in return on equity (ROE), driven by a combination of sharply higher interest rates, sustained strong economic growth, deregulation and tax relief.

While net interest margins may improve in the near term given higher interest rates, the US banking industry remains highly fragmented, and our view is that any such margin benefit is likely to be competed away over time; as we have seen historically through varying US interest-rate cycles, the industry is broadly priced for the achievement of a reasonable ROE rather than a maximal ROE. Competition on non-interest revenues remains intense, and has been enhanced by the entry of technology-based platforms in areas such as payments and wealth management. Provisioning costs remain very low, and are likely at least gradually to drift up from here, given the extended nature of the US credit cycle, which will be a further headwind to profit growth.

We remain sceptical on the prospects for any major relaxation of regulatory capital requirements, with initial proposals indicating the potential for leverage ratios to become a bigger part of the capital regime – thereby arguing for higher rather than lower capital levels. A simpler regulatory rulebook and less onerous scrutiny would be helpful for the industry, particularly given the expense burden relating to the build-up of compliance-related infrastructure in recent years. Nevertheless, we expect the main beneficiaries of any relaxation to be the smaller US banks, given persistent ‘too-big-to-fail’ concerns for the large banks, while some expenses (e.g. cyber-security spending) will continue to escalate.

A lower US corporate tax rate would be beneficial to US bank earnings, given the sector has one of the highest effective tax rates within the US market, and there could be positive knock-on impacts to loan growth should tax incentives encourage higher corporate capital expenditure and consumer spending. Nevertheless, any such tax changes remain highly uncertain, both in terms of quantum and timing, and are likely also to benefit other US companies which we find thematically more appealing as long-term investments for our clients.

Jamie Dimon, the chief executive of JP Morgan, recently noted on the company’s fourth-quarter earnings conference call that “just on the tax side, so people understand, generally, yes, if you reduce the tax rate, all things being equal to 20% or something, eventually that increased return will be competed away.”

To summarise, we believe the potential changes in US policy could bring substantial benefits to US banks, and that a steeper US rate curve should improve margins (at least in the short term). The key question remains, though, just how much of this positive potential is already in the price? Given the uncertainty surrounding Trump’s policy execution, there seems to us to be little margin for error priced into most of the sector, should the current euphoria ultimately prove unjustified.