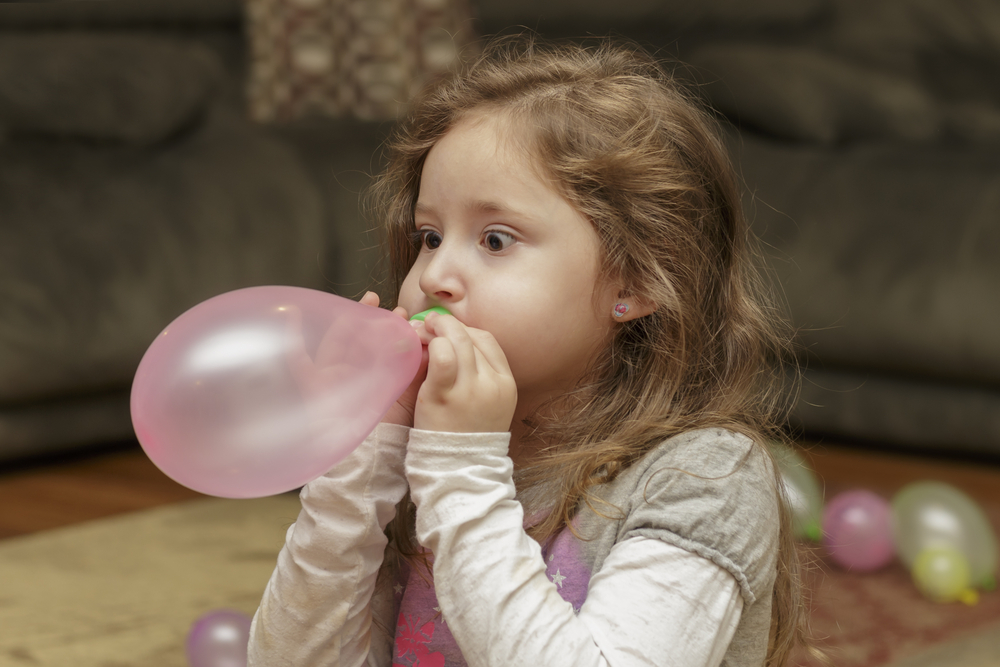 Financial repression remains at the forefront of our investment decisions because the Bank of England has not acted to limit the impact that inflation pressures are having on savers. Over the last year, for example, savers with cash in the bank have lost nearly 4% of the real value of their savings.

The latest UK inflation numbers highlight the frailty of government bonds currently as a means of protecting savers’ wealth against the corrosive effects of inflation. With the retail price index (RPI) running at 3.7% year on year (and 3.9% ex mortgage payments), the impact of currency weakness post Brexit continues to flow through into higher costs for British consumers. Consumer price index (CPI) inflation also came in ahead of expectations this week at 2.9%, with core CPI (excluding food and energy) also ahead of expectations year on year at 2.6%.[1]

In fact, savers who had £10,000 held in bank current accounts at the end of 2008 will have earned a paltry £476 if they have been lucky enough to earn the central bank savings rate (LIBOR) – or 4.8% in total – over that period. Against this, CPI inflation has compounded to about 21% and RPI to almost 28%. This difference is substantial over such a short period of time (less than ten years), in which cash held in bank accounts has lost 15-23% of its purchasing power, effectively losing savers around 20% of their wealth. The chart below highlights this divergence in numbers for an individual who had £10,000 pounds in savings at the end of 2008. 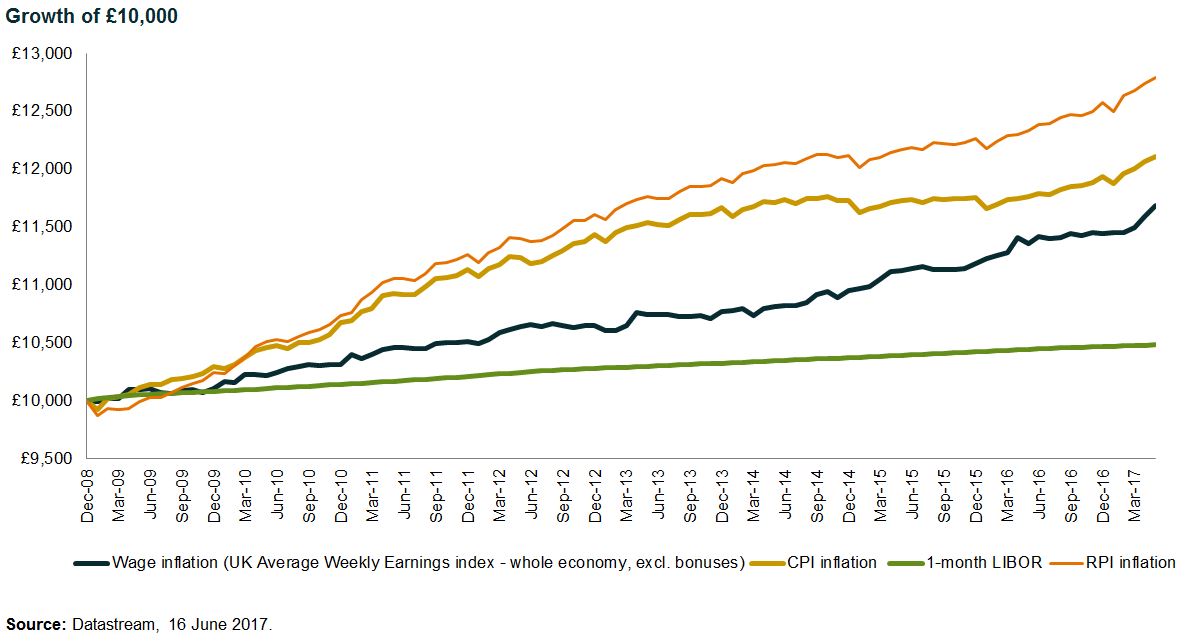 This is a significant loss of the real value of an individual’s savings, and has a disproportionately heavy impact on lower-income households and younger generations as they are less likely to have investment portfolios that have benefited from asset-price appreciation on the back of sustained rounds of quantitative easing. It also highlights starkly how financial repression, especially at a time of lower wage growth, has fuelled a growing divergence between the rich and the poor in our society.

Added to this, wage inflation (which has been catching up in recent years, thus easing the burden on middle-income households) is now coming under more pressure in the wake of the Brexit referendum, as sterling weakness has resulted in inflation running higher than average wage growth (see chart below).

This pressure on household disposable income can have a significant impact on consumer spending,  economic growth and prosperity, and we do not see this pressure abating in the near term. Indeed, Bank of England governor Mark Carney has highlighted that the central bank does not envisage the inflation rate coming back down to the Bank’s target until 2020, implying another three years of financial repression.

In such an environment, we do not believe 10-year government bonds are an attractive option as a store of wealth, although they may provide a good place to hide when equity markets are selling off. Looking forward, they provide a yield of less than 1% for 10 years, and, if we assume that central banks are at least successful in attaining their annual target of 2% CPI, an investment in 10-year government bonds would result in a further 11.4% loss of capital in real terms if held for the whole period.

This is why we believe it is important to try to ensure our clients’ wealth is protected from the ravages of inflation, and to seek out cash flows that have a direct linkage to inflation, and where there are contractual obligations to increase payments when inflation is elevated. By doing so, we aim to maintain our objective as stewards of capital to increase the ‘real’ wealth of our clients, rather than simply focusing on nominal returns.