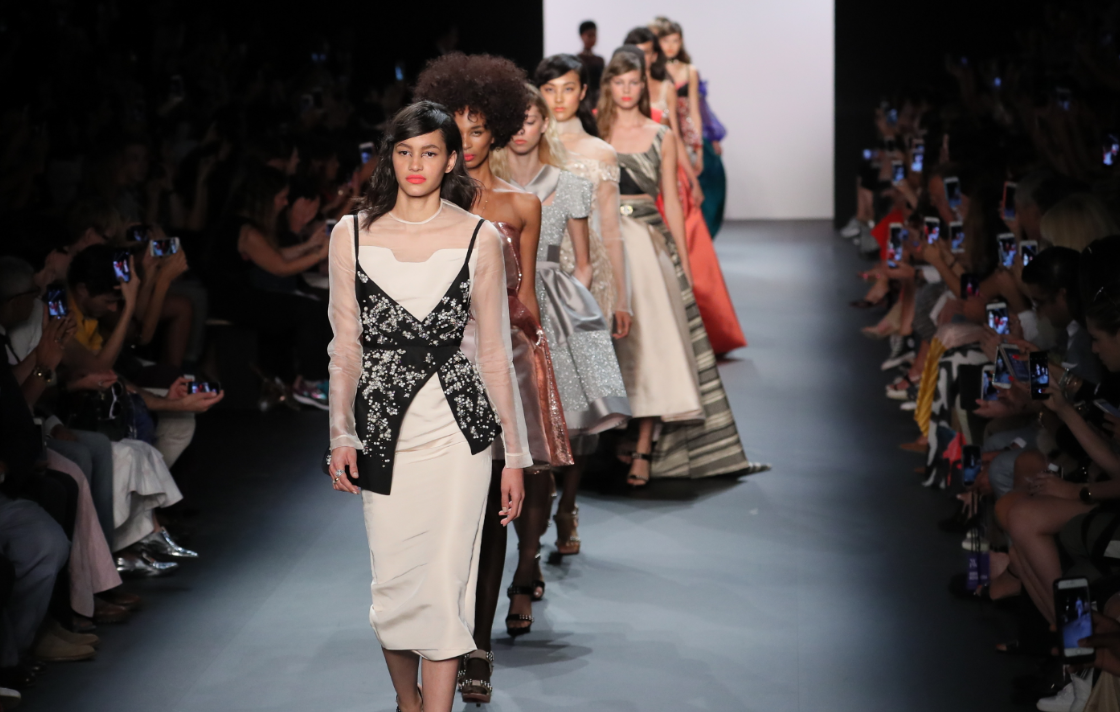 Last month saw two significant developments within the fashion world. As fashionistas around the world waved adieu to fashion legend and Chanel creative director Karl Lagerfeld, the UK government’s Environmental Audit Committee (EAC) was submitting the final paper in its investigation into the sustainability of the fashion industry.

While the haute couture of Chanel and the apparel churned out by online ‘fast-fashion’ retailers such as Boohoo and Missguided may be at opposing ends of the style spectrum, both sit in a sector that demands a new economic model, the EAC said. As its paper Fixing fashion: clothing consumption and sustainability puts it: “Business as usual no longer works. The way we make, use and throwaway our clothes is unsustainable.”[1]

The EAC paper sets out five ways in which the fashion industry is damaging the environment:

The primary recommendation that has been seized on by the media is the 1p tax on every garment produced. The committee estimates that this could raise £35m to invest in improving clothing recycling in the UK. Other key recommendations include:

The government’s proposal of a penny charge per garment to clothing manufacturers would be a positive step towards better clothing collection and sorting in the UK and address at least some of the issues raised in the EAC’s report, given that the majority of fabric currently ends up in landfill.

The potential solutions mooted by the EAC are indicative of the fact that the sustainability impact of clothing runs deeper than simply the lack of recycling and pollution from synthetic fibres. According to McKinsey, once consumers leave the store with newly purchased clothing, washing and drying 1kg of clothing over its entire life cycle, using typical methods, creates 11 kg of greenhouse gases.

McKinsey estimates that cotton, which accounts for around 30% of all textile fibre consumption, is normally grown using plenty of water, pesticides and fertilizer, and, given that most apparel-making countries rely primarily on fossil fuels to provide their energy, 1kg of fabric can generate 23kg of greenhouse gases on average.[2]

While admittedly from a pretty low base, one Nordic retailer stands out for making active progress on sustainability. The clothing company used 96% renewable electricity across its operations in 2017, while 59% of the cotton it used was sustainably sourced, and it has a goal of 100% by next year.

Furthermore, the company runs a recycling scheme that encourages customers to donate unwanted clothing – of any brand – in exchange for a gift voucher. In 2017, the firm claims to have collected more than 17,771 tonnes of textiles – equating to 89 million T-shirts – through the initiative.

We expect changes in perception and behaviour around the issue of sustainability to follow the same path as our collective awakening to the problem of global plastic pollution over recent years.

Recycling schemes like the one mentioned above are starting to become more commonplace but the issue is often that demand for repurposed clothing isn’t there yet, meaning most companies still lack the incentive to run such schemes and achieve economies of scale.

While the initial cost to businesses of improving sustainability may be high, these costs are necessary, because, in the longer term, either market forces or regulation will ultimately force the hand of clothing companies anyway.

Either customers will vote with their pockets, or rules will be imposed on the industry, and that means those businesses that have already made their investment will be the ones which are most likely to benefit further down the line. The likes of Boohoo and Amazon (named among the worst offenders in the EAC report) are likely to be slower to react because they are so focused on making and distributing products as cheaply as possible, so any short-term cost increases are a major headwind for their model.

Consumers must bear some of the responsibility too. We can focus on companies all we like, but if consumers are perfectly happy to wear something for just one week, they are supporting that disposable attitude.