We take stock of the current climate, assess the risks and explore areas of opportunity.

Investment commentators are referring to the last 40 years as a ‘super bubble’ or even the ‘greatest bubble of all time’. As we know, the investment backdrop was characterised by declining nominal interest rates, low and stable inflation, and a furious drive for globalisation. Central banks stimulated economies freely, and cheap credit fuelled leverage in the system. A rising tide lifted all boats; the prices of most assets rose strongly.

Looking forward, however, we are clearly entering a new regime, characterised not only by higher interest rates and inflation than many of us have seen in our working lifetimes, but also by more volatility, given the uncertainties around government intervention, supply-chain problems, climate boundary conditions, growing intergenerational inequalities and the reversing of globalisation. Several of these trends are now well under way. Regime changes are indeed rare, but they do happen and tend to have profound implications that charity investors should consider.

Prior to the 2008 global financial crisis, globalisation was generally considered to be a positive force, in which free trade and the free movement of capital, labour and knowledge resulted in a more efficient world that was generally judged to be mutually beneficial. This narrative in Western populations has steadily changed since then, as persistently weak economic growth in the West contributed to growing scepticism around whether globalisation really is in their best interests. This has been exhibited by a spark of populist politics: Donald Trump was elected as US president with his ‘America First’ vision, and the UK left the European Union following a referendum. A similar theme has also played out throughout Europe and China.

As the West has demonstrated greater concern for national self-interest, frictions between nations have also been rising, particularly between the US and China, with both countries implementing restrictions against the other on the import and export of goods. We have also seen greater restrictions on the free movement of intellectual capital, as the West seeks to limit the flow of technologies to economic and military rivals.

Russia’s invasion of Ukraine laid bare the disastrous consequences of three decades of European energy policy. Governments have allowed a deep fragility to emerge in their energy systems, and Europe’s reliance on Russian gas undoubtedly contributed to Russian President Vladimir Putin’s decision to invade Ukraine, with the assumption that Europeans would not wear the economic cost of higher energy prices. The situation in Ukraine is therefore likely to further strengthen the resolve of Western governments to onshore manufacturing and rebuild their industrial base and strategic industries, with energy security forming part of a renewed recognition for national industrial policies.

Multinational companies that embraced globalisation may face significant impact on their supply chains, capital-expenditure requirements, and profit margins. For many businesses, moving from ‘just-in-time’ to ‘just-in-case’ inventory management will be a dominant theme.

Since the onset of the Covid pandemic, there has been a clear shift towards a greater role for fiscal policy. In the US, Americans have received direct payments to counter soaring fuel prices, while the UK government has provided a council tax rebate to approximately 20 million households, as well as further aid with energy bills to ease the impact of the increase in energy costs. The unintended result of this, however, is that this fiscal stimulus is monetised – by handing out more money, the underlying price pressures will only be exacerbated.

These conditions combined have resulted in an inflationary spiral. After experiencing a rerating of assets in a disinflationary world for many years, we are now witnessing a derating of asset prices in an inflationary environment. One key implication of higher inflation is that central banks now have less flexibility to stimulate economies through interest-rate cuts and liquidity injections, which is likely to cause higher volatility and shorter business cycles than we have become accustomed to. Against this backdrop, it has become increasingly apparent that financial-market participants need to face up to a new regime.

As charity investors face a fast-changing investment backdrop, we believe that a highly active, innovative and engaged approach is key to understanding the investment opportunities and risks.

Rising interest rates and high inflation have created an extremely challenging environment for bond investors in recent months. However, as we head into 2023, the asset class may start to appear more attractive on a long-term view. In their efforts to tame inflation, central banks may end up sending economies into recession, and unemployment is likely to rise as companies adjust to the changing macroeconomic backdrop. Should this occur and the economic outlook weaken meaningfully, safe-haven assets such as developed-market government bonds are likely to have greater appeal where they have priced in higher interest rates than those which prevail. With yields having risen significantly from near-zero levels, we believe there should be greater potential to generate total returns.

With financing more expensive, costs rising and employees seeking higher wages, the backdrop is likely to be increasingly challenging for many companies, with defaults likely to pick up. Against such a backdrop, investors in corporate bonds will need to exercise caution.

Bond investors may be able to take advantage of investing in economies which are following diverging paths in areas such as interest-rate cycles, energy prices and housing markets. For example, as Europe is suffering more than the US from higher energy costs, its economic growth appears more likely to falter, meaning that bond yields may struggle to rise to the same extent as in the US, potentially providing richer pickings for investors. Similarly, economies such as Australia, the UK and Canada, which are more reliant on their residential property markets and vulnerable to falling house prices, are likely to see the effects of interest-rate rises sooner.

While it is possible that, following the market falls of the last few months, much of the bad news has been priced in, global equity investors may have to endure more pain before things start to get better. Nevertheless, investors with a long-term horizon and with the ability to carry out in-depth research can use market volatility to find opportune entry points for high-quality companies in attractive areas set to benefit from longer-term structural tailwinds.

Over 2022, there was a significant rotation in markets, with leadership shifting from companies with growth characteristics to income or ‘value’ stocks. However, the relative valuation of income stocks has remained largely unchanged, even though the dividend recovery that began in late 2020 has continued on the back of improved company balance sheets and low payout ratios. When these factors are considered alongside the strong demand for income, driven by factors such as the world’s ageing populations, we believe there should be scope for further outperformance.

One area which may offer compelling longer-term potential for structural growth is the health-care sector. The US federal government and payers (whether insurers or self-funded employers) are becoming attuned to how delivery of care is changing, and such change could offer rewards to investors looking for differentiated returns.

Elsewhere, concerns around energy security are likely to accelerate the shift to alternative sources of energy over the medium and longer term, augmented by additional investment in oil and gas to ensure the security of the transition. We believe that investment opportunities will emerge across the supply chain, and in particular in relation to the building, transport and industrial sectors.

Charity board diversity: are expectations running ahead of progress? 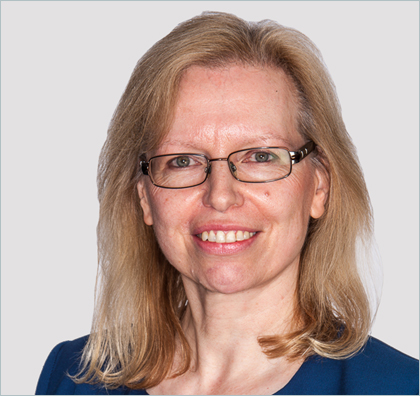 Hilary is head of charities investment.

With inflation showing signs of peaking and uncertainty over the path of monetary policy, how should investors respond?

We consider how charity trustees can arrive at a sustainable spending or withdrawals policy for their endowment.

How can a different approach to equity investment address the new market regime?

How can a different approach to equity investment seek out opportunities in a radically different market regime?