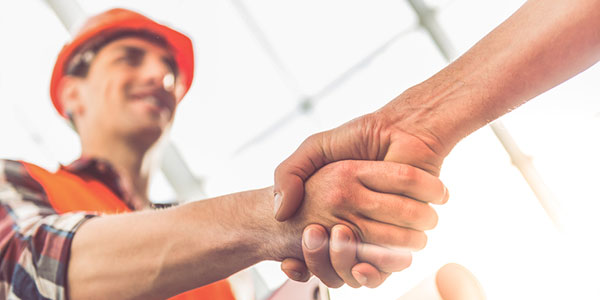 The speed and scale at which the coronavirus crisis is affecting companies and the societies in which they operate has no precedent, and is raising a broad spectrum of material environmental, social and governance (ESG) considerations, from labour management and brand reputation through to logistical matters such as holding annual general meetings (AGMs).

While many of these impacts, such as government-enforced shutdowns of business activities, are outside the control of companies themselves, the way they react to them will be vital for their survival through this period, and for how they emerge the other side. The oft-used term ‘corporate social responsibility’, a concept which previously seemed so peripheral to a company’s business model, suddenly has never felt so relevant.

With this in mind, we wanted to share our thoughts on some of the key issues that we believe it is important for investors to take into account when analysing or engaging with companies over this turbulent period.

To paraphrase the well-known saying, it takes many good deeds to build a good reputation, and just one global pandemic to lose it. A global crisis such as this requires all stakeholders to play their role, public corporations included. How companies act now will have implications for material issues such as brand perception and employee satisfaction that will extend far beyond the initial crisis.

Each day we hear reports of the corporations which have swung into action, repurposing manufacturing facilities to make much-needed face masks or ventilators, or contributing to the technology which is helping to track the spread of the disease. Meanwhile, less enlightened firms are learning that in a world of 24-hour news and social media, failing to offer sufficient protections to workers is leading to severe public criticism.

If 2019 was the year of companies publicly stating their intentions to consider not just shareholder profits but the needs of a broader range of stakeholders, 2020 will be the year in which this is put to the test – to the extreme. When companies proclaim they have purpose beyond profit, it is for shareholders to subsequently hold them to account.

With many companies in the retail, leisure and hospitality industries forced to close, attention is being focused on the vulnerability of workers in those sectors which have limited labour protections. While governments are stepping in on an emergency basis, many individuals remain vulnerable – in particular the self-employed and those on zero-hours contracts.

Companies that treat their workers as an expense to be ruthlessly slashed are likely to face severe public criticism, while the CEOs and management teams who are taking salary cuts alongside the wider workforce are likely to fare better in the reputational stakes, particularly among their own employees.

For firms with office-based employees now working at home, this will be a real test of not just technology systems, but also employee engagement and communication strategies. Furthermore, many controls within businesses are not set up to work for long periods of remote working, and executives will need to make sure that their financial and operational arrangements remain effective.

When we emerge from the crisis, we expect this to have big ramifications for the world of work. As business travel expenses plummet, perhaps virtual meetings could be the new normal. As employees gain hours back from their daily commute, maybe there will be more demand to work from home. Perhaps more certain is that, as the crisis exposes the exploitative nature of some working arrangements, we can expect to see increased social pressure on so-called ‘bad employers’ to ensure that basic protections for vulnerable workers remain permanent. Never before has it been made clearer that all companies are social enterprises, with all the responsibilities that brings.

The coronavirus crisis raises a range of immediate practical governance considerations, namely related to companies’ AGMs during the proxy-voting season. It will be important to pay close attention to individual company circumstances here, in particular those companies which require approval for dividend payments. We are also wary of potential dilutive capital raising in the future too, with discussions underway about the possibility of easing the process that dictates how companies can raise capital at the expense of current shareholders’ pre-emption rights.

This environment certainly makes life more difficult for the most active shareholders during the proxy season. For example, a potential move to virtual AGMs will enable companies to have a tighter control on which questions are asked publicly, meaning those shareholders who attend AGMs with the intention of making their specific environmental and social agendas heard are more easily ignored.

Elsewhere, we are seeing increasing news coverage of the use of buybacks to increase shareholder returns and management incentive payouts at the expense of long-term stability. Airlines in particular are coming under fire, in asking for state support despite having paid significant volumes of cash to shareholders through buybacks over the last five years. This is raising questions about how much capital companies should retain (in a similar vein to the Basel capital requirements for banks after the financial crisis) in order to remain resilient during turbulent times so that taxpayers don’t take the hit.

The role of corporate lobbying, especially in the US, will be a point of scrutiny too, as the destinations of the trillions of dollars supporting economic stimulus packages are revealed.

While environmental considerations require less immediate attention, they are still worth mentioning. We believe the most significant environmental impact of the Covid-19 crisis will only truly reveal itself over the longer term. Overall, we expect the current crisis to separate the ‘greenwashers’ from those with real intentions to reduce their environmental impact. With an ultra-low oil price, the economics of initiatives like renewable energy, energy efficiency and recycled plastics are far less attractive, and, with revenues squeezed, money originally intended for such initiatives may be siphoned off elsewhere.

To conclude, it’s an uncertain and unprecedented time, and conditions will be testing for companies regardless of their ESG credentials. However, we believe that analysis of such ESG topics as discussed above can help investors identify the companies which have the resilient business models, the robust governance profiles and the strong relationships with their workers and customers to see this volatile period through and flourish on the other side. Not since the Second World War has the concept of ‘shared value’ been so relevant.

How investors can address human rights abuses and modern slavery.

Corporate taxation practices are attracting growing scrutiny. What are the investment implications?