A crucial part of our fixed-income investment process is to undertake analysis of environmental, social and governance (ESG) factors which could have a material impact on an issuer’s credit risk, and to engage with companies on these topics either to find out more information or to encourage positive change.

Iceland Foods is a private company, and as such is not subject to the same mandatory ESG disclosure requirements as its public peers, nor did it regularly engage with investors on ESG topics – in fact, we were the first investors to ever engage with the firm on such topics. As a food retailer, the company has a wide range of environmental and social impacts, ranging from deforestation in its supply chain to workers’ wages. Its family-run private company status also brings with it governance considerations that investors must take into account. Finally, as a prominent name in many high streets across the UK, its high-profile status has often made it a target for negative attention in an environment where consumers are increasingly aware of the environmental impact of the foods they buy.

With a wide variety of material ESG factors to discuss, and relatively little disclosure at the time, in 2018 Iceland was at the top of our shopping list when it came to engagement.

As a small private company, Iceland has historically lacked the resources of its larger, public peers, and therefore developing a holistic sustainability strategy which touches every potential environmental or social impact the company might have has not been the priority. Instead, Iceland has chosen to tackle individual causes in a highly public way, often far ahead of the industry. Indeed, it has a long track record of doing so, starting with artificial colours and preservatives in the 1980s, genetically modified foods in the 1990s, and, most recently, plastics and palm oil.

The palm oil campaign is particularly indicative of Iceland’s approach. Palm oil is a highly contentious yet ubiquitous product. Used in a variety of products from shampoo to peanut butter, its environmental and social impacts are just as broad as its uses, which raises issues as diverse as deforestation, biodiversity and human rights. However, palm oil is also one of the highest-yielding vegetable oils, meaning it is theoretically less environmentally impactful than many alternatives, and also has a natural preservative quality which is vital for avoiding food waste. While there has been a global movement to try to develop a sustainable source of palm oil, many have viewed this as ineffective and highly bureaucratic.

In 2018, Iceland pledged that it would remove palm oil from its own-brand products (around 450 products in total), and the company released an advert which was subsequently banned (and thus of course went viral), attracting both praise and criticism from different corners.

Our initial views on this announcement were not clear-cut. We would usually expect to see a company working with industry groups to try to tackle issues such as this, and we hoped Iceland would not just wash its hands of the issue. Added to this, we feared the environmental impact of switching to other oils might not have been sufficiently considered. More generally, we were also concerned this could lead to accusations of ‘greenwashing’, especially as Iceland was so vocal on this particular topic yet notably quiet on others. It lacked a formal comprehensive sustainability strategy.

We had two intentions behind our engagement with the company:

1. Seeking more information: First, we wanted to better understand the company’s rationale for choosing to boycott palm oil, and what efforts it had made to understand the environmental impact of replacing palm oil with alternatives, as well as the consumer response. Secondly, and more generally, we wanted to understand why the company felt it was important to promote sustainability-related causes in such a public way, given it is a low-margin business producing products at a low price point, and such initiatives are notoriously expensive.

2. Raising our concern and encouraging change: Throughout our engagement activity with Iceland we have consistently made two clear requests of the company. The first, on palm oil specifically, was that the company continued to remain actively engaged in industry efforts. The second related to how the company might avoid the accusations of greenwash many in the press were (we felt unjustly) levelling at the business. We urged Iceland to communicate its other sustainability-related efforts to all stakeholders and, where no efforts existed, to develop a strategy which incorporated clear, time-bound targets.

The outcome (so far)

Our work with Iceland continues. However, the last three years have seen the company reach important milestones in the engagement process which are highly encouraging.

On palm oil, we are comfortable that the company is justified in its approach, and that the decision to remove palm oil was taken with sustainability in mind, rather than just commercial interests. In order to source truly sustainable palm oil which has caused zero deforestation, it is likely that Iceland would have to carry out on-the-ground work itself and, as a small retailer, it simply lacks the resources to do this.

Instead, where the company felt it could have a significant impact on the industry was by raising awareness. This has certainly been effective, bringing an unfamiliar issue into the public consciousness. In fact, in the weeks that followed the launch of Iceland’s campaign, online searches for the term ‘palm oil’ increased by 10,000%. Nor has Iceland simply walked away from the debate; the company continues to consider how it might obtain sustainably certified palm oil, while sharing what it has learnt from removing the substance with its branded suppliers.

Stakeholder communication and the development of a more holistic sustainability strategy are two areas on which we have seen impressive progress over the course of our engagement. Over this period, the company has launched and continues to refine a dedicated sustainability website that outlines its approach and ambitions on a wide range of material environmental and social factors – information that was notably missing from the public sphere, and which was leading to regular accusations of hypocrisy in the press. Furthermore, we were delighted that in 2020 the company announced time-bound targets in relation to material topics such as plastics, food waste and carbon emissions.

We believe this will help future-proof the company from changing consumer tastes and potential regulatory change, and will particularly benefit the company’s reputation in the eyes of its customers, the press and investors.

Democratising sustainability is something Iceland believes very strongly in and is driven right from the very top of the business, with Managing Director Richard Walker also sitting on the UK government’s Council for Sustainable Business. However, providing environmentally and socially friendly products at an affordable price for the company’s core low-income consumer is a tricky task. Very often, sustainably or ethically produced food items cost much more, putting them out of reach of some consumers.

While we commend any business which seeks to lessen its environmental and social impacts, as bondholders these sustainability initiatives also raise concerns that Iceland would either have to pass on this cost to customers, potentially leading to a drop in sales, or have to absorb the cost itself, lowering margins. These factors would all affect its ability to pay back its bondholders. However, Iceland believes that, through innovation, collaboration and experimentation, this cost versus sustainability dilemma can be overcome. This is one area where the company’s small size is an advantage: it can roll out new initiatives and tweak them more quickly as they go along. Examples have included working with a non-governmental organisation to develop an affordable ‘ethical’ egg, piloting plastic-free fresh produce in-store, and experimenting with reverse vending machines for plastic recycling in-store.

Our engagements with Iceland over the last three years have helped us form our investment case for the company. We have pushed it towards more transparent and thorough reporting of its sustainability initiatives, encouraged it to take a more holistic approach to its environmental and social impacts, and understood more deeply its business rationale and commitment to sustainability. Crucially, we have also become more comfortable that such initiatives will not negatively affect its ability to pay back creditors such as ourselves.

Our work with Iceland is certainly not complete, and we will continue to hold it to account on its promises so far. As its sustainability strategy matures, we will also raise our expectations, and focus in more detail on more specific areas, in particular its efforts to promote healthier eating among children and young adults, and the diversification of its protein portfolio towards lower-impact and more sustainable sources.

Thematic investing: what it is and how we do it retail

This is a financial promotion. These opinions should not be construed as investment or any other advice and are subject to change. This material is for information purposes only. Any reference to a specific security, country or sector should not be construed as a recommendation to buy or sell investments in those countries or sectors. Please note that holdings and positioning are subject to change without notice. Issued by Newton Investment Management Limited, The Bank of New York Mellon Centre, 160 Queen Victoria Street, London, EC4V 4LA. Registered in England No. 01371973. Newton Investment Management is authorised and regulated by the Financial Conduct Authority, 12 Endeavour Square, London, E20 1JN and is a subsidiary of The Bank of New York Mellon Corporation. 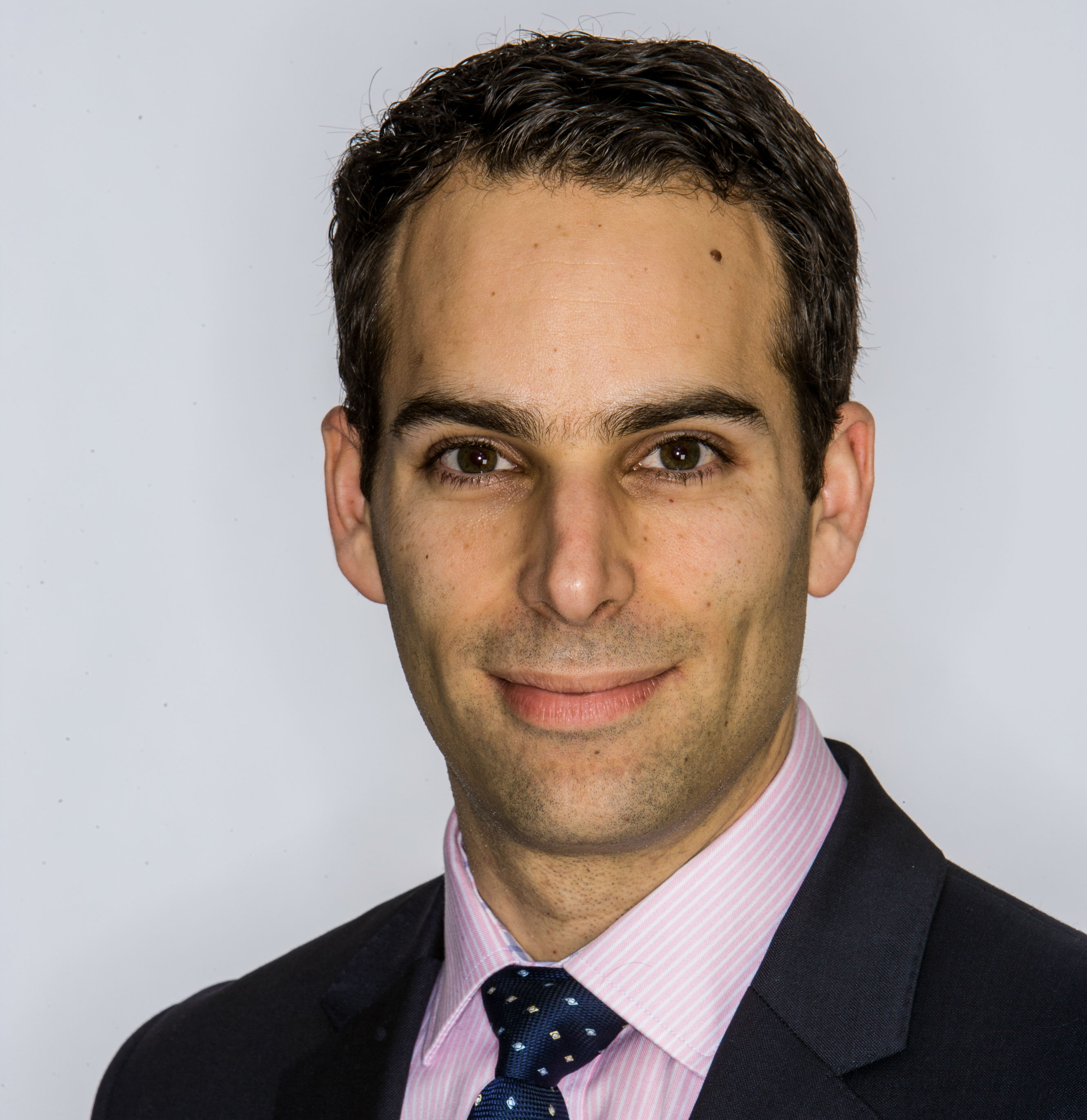 Scott is an analyst and portfolio manager on our fixed-income team focusing on global investment-grade and high-yield bonds across several sectors, including energy, consumer and health care.

We discuss the results of our ESG review of Ryanair and engagement with the company.

A short look at our engagement and voting policy.

Avoiding turbulence: a review of Ryanair

We discuss the results of our ESG review of Ryanair and engagement with the company.

Why we believe that active engagement results in better outcomes for both investors and society.

The hidden side of supply chains

Opacity in supply chains can hide human rights abuses like child labour. What are we doing about it?